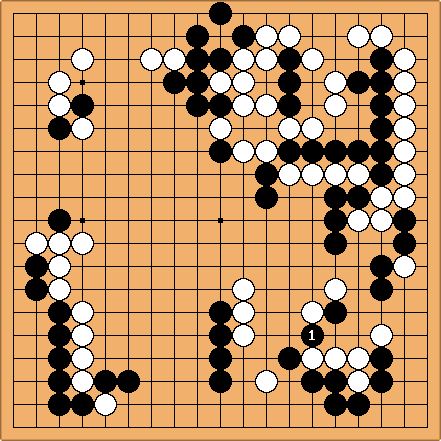 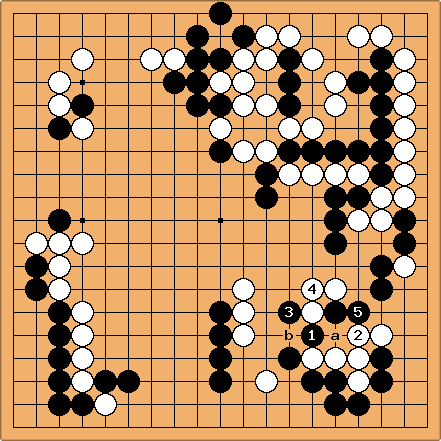 zinger: But instead, white can play

fails because white a captures two stones. And if black connects at a, then white b. I remember looking at this problem awhile back and not finding anything exciting. (later) On second thought, maybe black just plays

LukeNine45: Hmm, I think white has to give the stones up.

fails for white on a larger scale: (see next diagram) 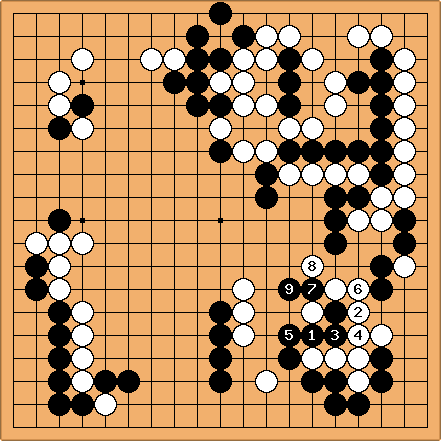 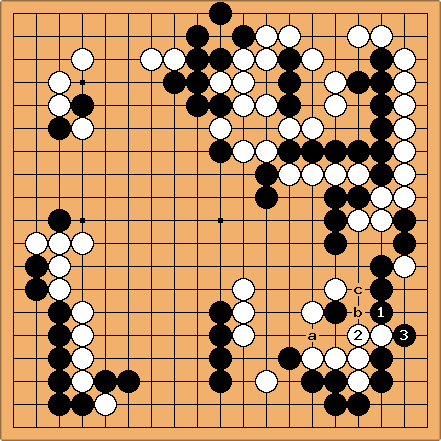 zinger: This is the best I have found so far, just linking underneath. Now black threatens a-b-c. White could avoid this with

at b, but then