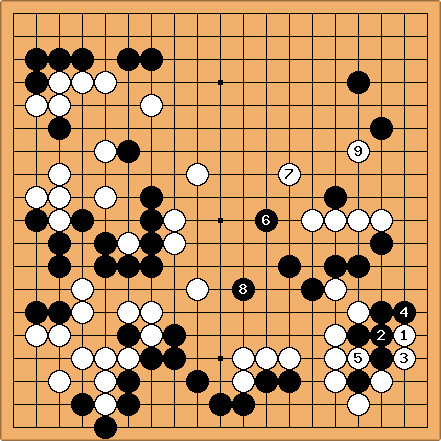 The area of interest is the black group in the lower right side.

The game is Kato Masao (white) vs Nie Weiping (black) played in Tokyo on 14 March 1988. It is the final game of the third China-Japan Super Go Series?. The game is commented in the second chapter of The World of Chinese Go by Guo Juan. 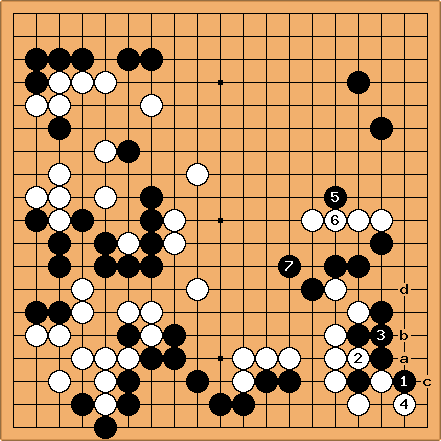 After this, white a, black b, white c and black d follow. Black has an eye on the side of the board. In the game diagram the black group is lacking this.