Bill: I was taught that 5 spaces was the limit for an extension, because a longer extension left enough room for the opponent to make a normal extension inside. I was also taught that if you extend from a wall of height, H, you can extend H + 1 spaces.

There is not really a conflict here, because the first piece of advice is about extending from 1 stone, and the second is about making a secure base.

However, it does lead to a question: 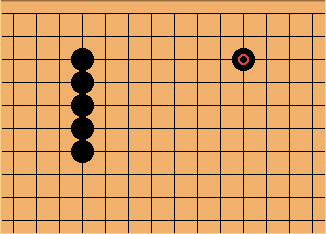 Can White make a successful invasion, either splitting Black in two or making life inside?

Charles Matthews Cf. game 2 of the 1975 Oza final, Ishida Yoshio-Otake Hideo. But after looking at that game, I'm not sure I'd want to give a one-sentence answer. Perhaps it can be said that

takes up position correctly on the side, but Black's formation is a little loose. 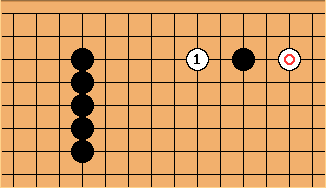 jared: With the marked white stone

is probably the place to enter.

GoTraining: The simple thing is to say if you have the same side corners, for example hoshi at q16 and hoshi at q4, can black/white live by playing on the q10 star point in between the two? This is very likely. The wall formula only amounts to a certain degree. (wall formula: N+1 is the extension point jump from the wall where N is the height of the wall) After a 6 point jump or more, one could say that the wall is not a wall, the wall is only thick. 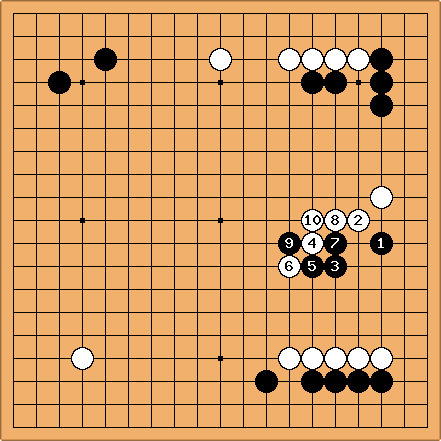 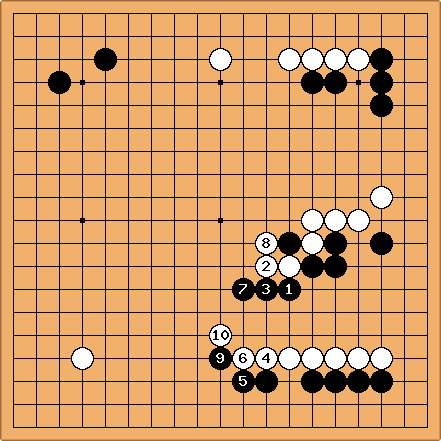 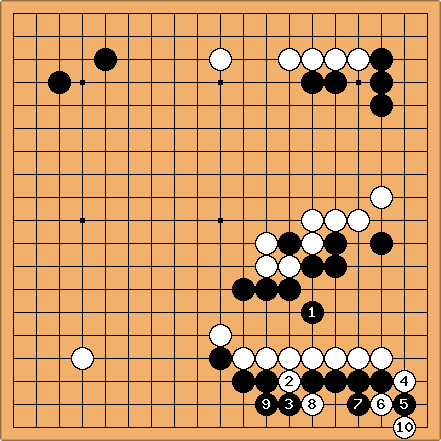 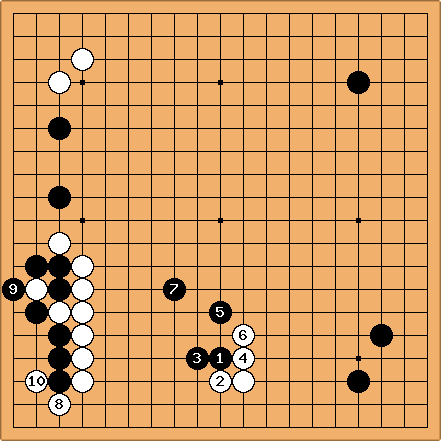