Note: Igo Hyakunen gives an apparently incorrect diagram and the move numbers in the work that JF translated are therefore wrong. The diagrams below are based on Go Seigen's Complete Games (game 202) which contains essentially the same comment from Go. --DaveSigaty 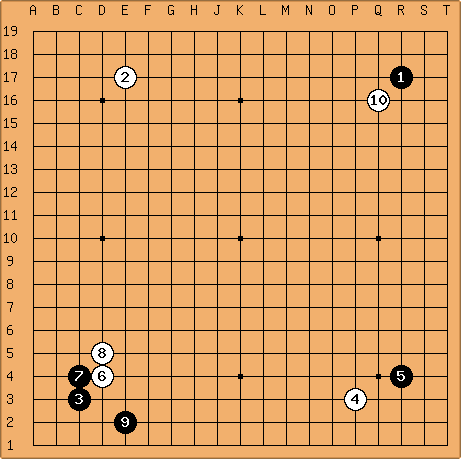 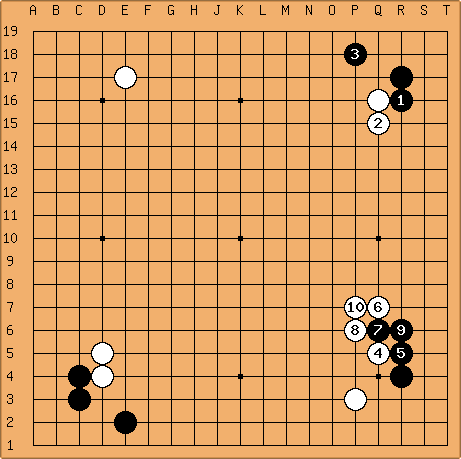 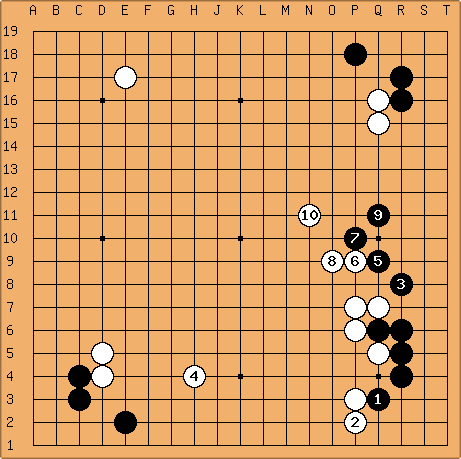 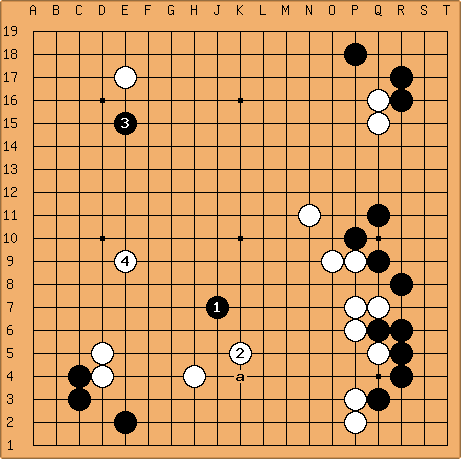 Go's remarks on this game should have the correct moves numbers as shown here:

"..This game was suspended after Kitani's move White 30. The continuation was set for a month later and we set off for a holiday. After the trip to Shinshu I returned after four or five days. Kitani stayed there and returned to Tokyo about a week later. The game then continued and the first move of the continuation was Black 31! If I had not gone to Shinshu I think I would probably have chosen to invade at k4 (a in the diagram)."

Go won the game and Kitani said afterwards White 2 (?) was a/the losing move: it let Black approach at 33, just where White would want to play in this game.

DaveSigaty: Personally I thought that this criticism of White 2 seemed a bit severe. On the other hand, what do I know? So I ran a search on GoGoDCD and sure enough... Of the 178 games in the collection where Black starts on SanSan, this is the only game where White 2 is on mokuhazushi facing Black 1. I guess when Kitani spoke - the other pros listened :-)