When playing go on the Internet, on of the most pressing questions that can face a player is. whether or not to say "hi" to one's opponent. This has been the cause of much consternation on KGS and other servers alike, but just what is the correct etiquette for "saying hi" on the internet?

Take KGS for example, The English room is surely the biggest room yet there are many countries and languages represented, so is it rude to say hi? Saying "hi" assumes one must be an English speaker and therefore asserts cultural imperialism, from the get go on the game. So what should be done? Here are some Examples. 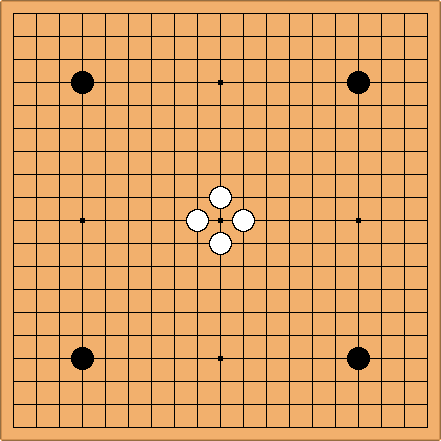 In such a situation as the one noted above, it would not be wise for black to say "hi" or even "hello" to his/her opponent. White is clearly either a sandbagger or a buffoon and so encouraging communication would surely be an unwise strategy. 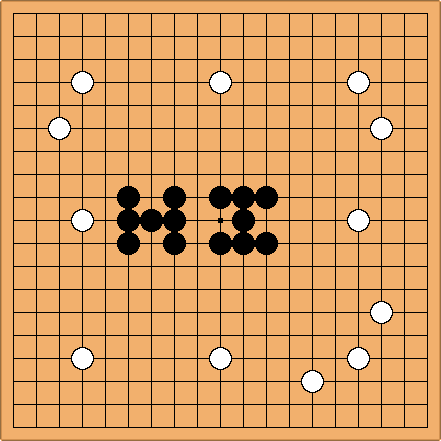 It would seem that white is winning in this example and that black has made a desperate mistake, however, closer inspection will find that Black is actually ahead by 30 (moral) points. White has mistakenly failed to answer black's "hi" and will subsequently be left with no other option but to resign in shame.

(A similar example from a KGS game:

The one exception is yahoo's go server. If someone were to say "hi" to you there then your best course of action would be to resign in disgust.
So what of the language in use? How should we go about choosing? The simplest answer would be that every player uses his/her native language, but this rarely seems to happen. Instead everyone says hi, except the French who always say "bonjour/salut", as they don't want their beautiful language being sullied, and who could blame them? Perhaps a kindly soul could put a list of "interntational hi-s" in order to aid international friendship.

minordemon: What is Hollandia? Do you mean Nederland (the Netherlands)? If so I would advise to use the Belgian terms, which are propper Dutch. The Dutch are quite informal, so you could start with Hallo (neutral) or Hoi (informal). Goede dag is usually a bit too formal.

(very practical on Servers other than Senseis)

I think the best thing however would be to start a trend of typing an international internet go greeting. Some clever chap or chapess could think of such a symbol and we could all use it.

Hu: Type something reasonable like "Hi" or "Nihao" or "Kon" or "Salut" and it will likely be interpreted in a friendly way and responded to as such with a similarly reasonable greeting.