Sometimes when a group is under attack it is best to give up a few stones to save most of them. This is called sacrificing the tail.

A large group that has come under attack is often called a dragon, and by analogy the stones trailing off one side of the dragon are its tail. The opportunity to sacrifice the tail often comes after the attacker plays a dual-purpose move which threatens to cut off some stones but also aims to undermine the dragon's eye space. 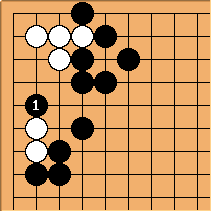 This example comes from problem 209 of Weiqi Rapid Drill 800 Problems.

is an incorrect way to kill. 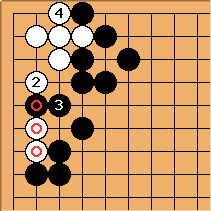 White can sacrifice the tail of

, and save the main body of her group by making life in the corner.