Reducing an enclosure framework by a shoulder hit 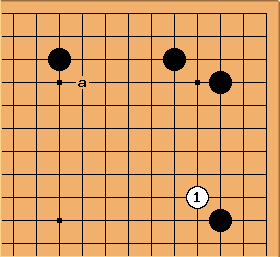 A shoulder hit has been played against a double wing formation, which developed from an enclosure.

This is a wonderful reducing move. The play at a is another good point.

Let us consider the usual replies. 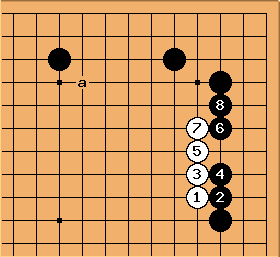 After this White can make a protective move in the center. Black secures some territory, of course, but it is expensive because it is obtained by four fuseki moves. If you take this fact into consideration, you'll see that White has almost won the game. Black's territory did not grow. 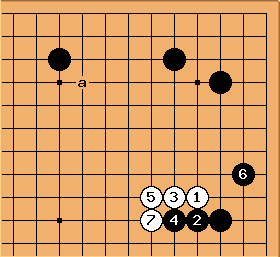 The black framework will not grow significantly. White's stones are far from Black's strength, and are not in great danger. Black usually prefers this variation, however, as it gives some influence facing the bottom of the right side.