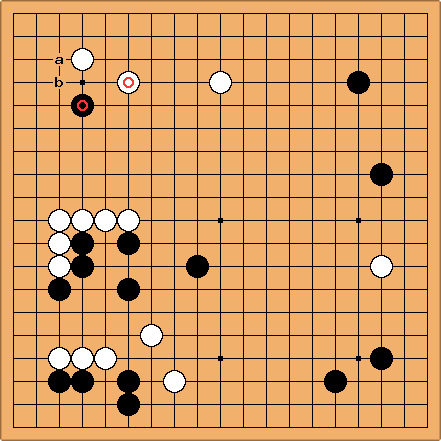 Black to move - who is ahead right now? By how much points? Where to play next? (While the final result was pretty clear, in the opening I was far from sure who is ahead here.)

White: Need to comeback to lower left. Potential only in the upper left with a weak black stone and along the upper edge. Floating black group attackable? How?

My guess: B ahead by one move.

quickly, then he has an easy game so I would attach at a. Accordingly, I think

was a mistake and that white should have chased black to the center with b instead. 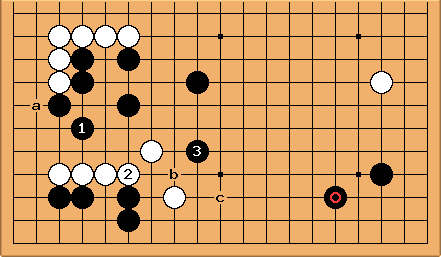 unkx80: Ignoring the upper left, it seems to me that Black has a severe attack with

prevents the White connection at a and threatens a cut at

threatens the weakness around b. Actually I think

may be played at c as well. Either way, Black can look forward to building a framework extending from