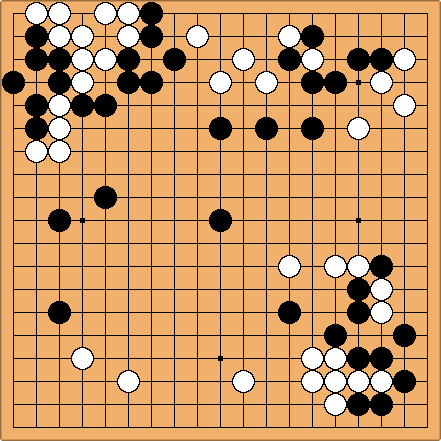 Everything looks too grim for White. The game is actually lost. Two groups at the top and on the left are dead or almost dead. Black reigns in the center. 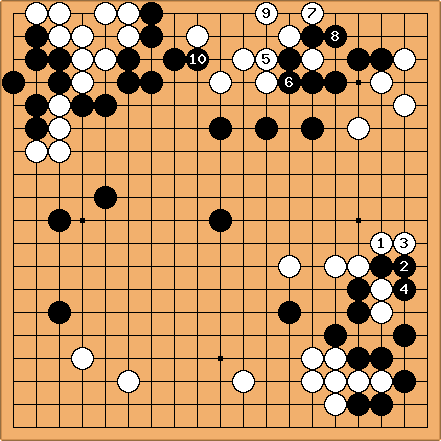 White 3 continues with the sacrifice hoping that Black would reply. Then White will use sente to do something at the top. This hope is a part of the game. White gambles.

Black 4 takes the two stones and White's sacrifice has worked.

White 5 is an atari that gets some half eyes for the group at the top.

Black 6 connects (another option was to capture a stone) and White makes one more atari with 7. Black pulls out with 8 and White 9 sets up another half eye. Now killing White may be a problem. Black comes with 10 and White could live with the next move, but encouraged by sudden improvement of the situation she chooses not to do so.