Typically the opening involves dividing up the board in a fuseki. However, occasionally in games fighting begins immediately in one corner and spills out across the board. 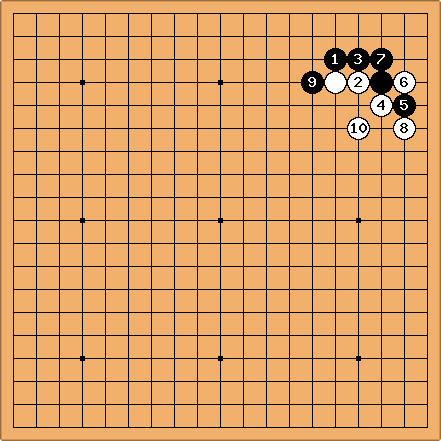 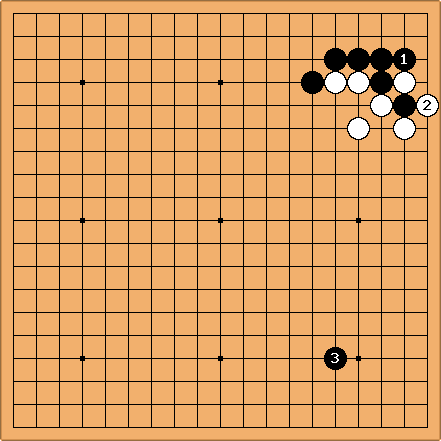 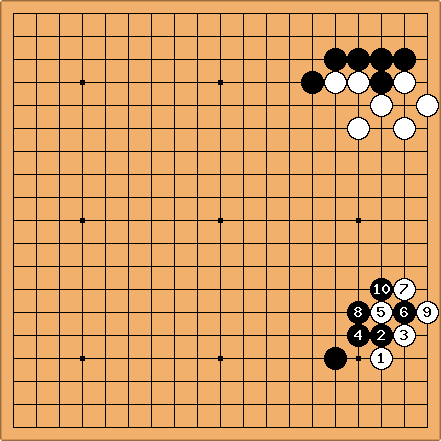 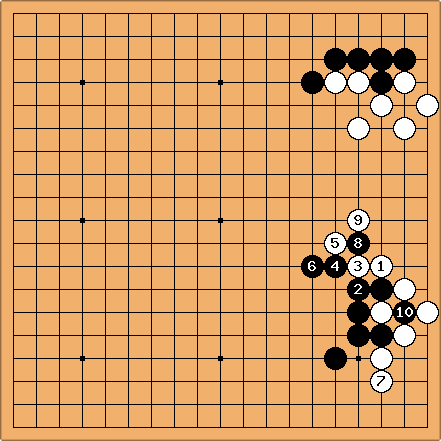 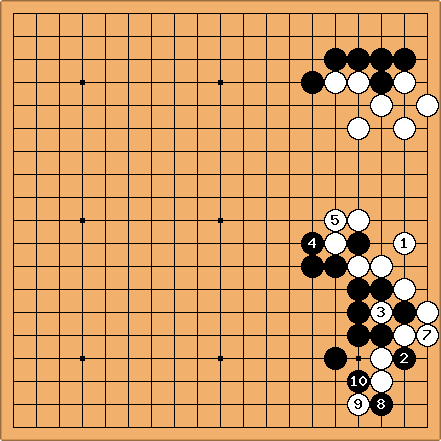 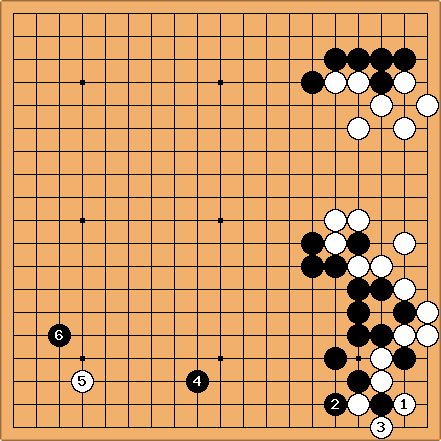 . White preempts the bottom left with

. But does Black turn away to the empty corner at the top? Of course not! Instead he digs right in with 6 and the two of them go at it again. But this is running to too many diagrams, so... 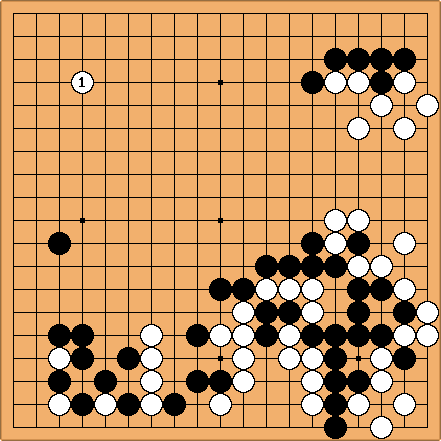 I will simply add that the board looks like this 45 moves later when White finally turns to the last open corner. --DaveSigaty