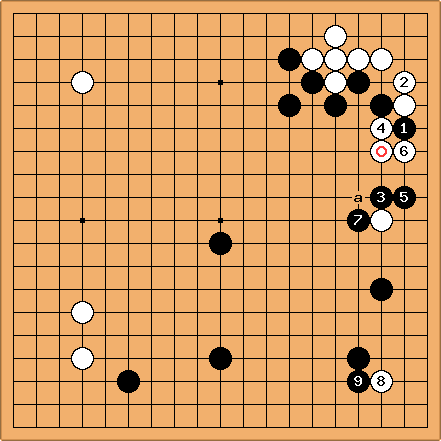 Dieter: What if White 4 plays hane at a?

Kungfu Aim at the cut at 7 while attacking the marked white stone. I am not sure of an exact sequence, but I believe I could get a similar result. Of course, it would have changed the entire game. If I managed to capture the marked stone and White connects at 7, I might move p8 and her recently connected stones look bad to me. Either way I feel White is weak in that area.

Unfortunately, White could also connect right away, so extending might not be best. If I cross-cut, the variations start to get numerous. But I would remember that this is white's territory to begin with, so when crosscutting, I would try to descend on the right and extend towards k9. 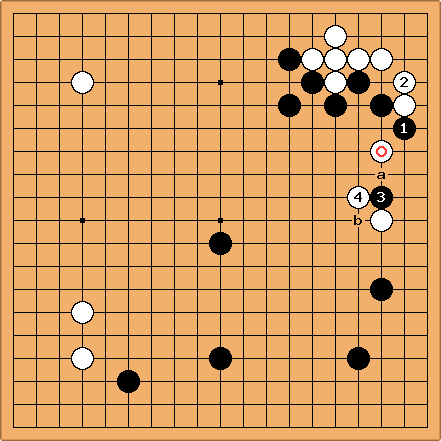 No matter what White does, I feel I can make a weak white group somewhere, or at the very least give him what was already his and pressure from the outside. White 4 looks like it's weakening my moyo, so I'd have to take into consideration if it's worth letting her live inside my moyo.. If I can secure enough territory around my moyo as she takes when she invades, perhaps living small on the right is worth it (considering it used to be White's). 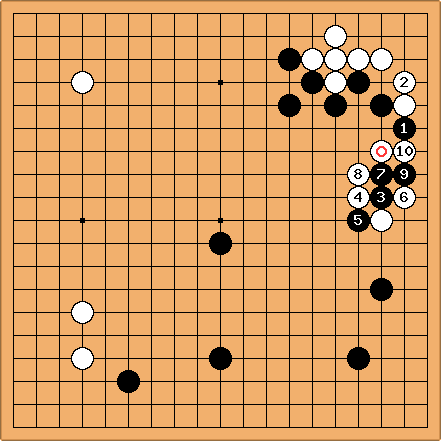 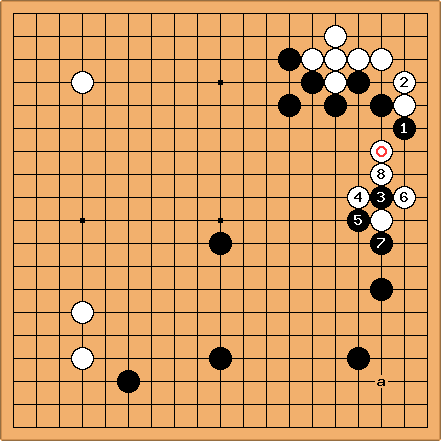 Alternative. The invasion at a remains open. Black's moyo is seriously damaged.

Dieter: Two ways to look at it. My way is that a tsuke should be answered, very often with a hane, especially for such an important stone as this one. But looking at it "magnetically" helps too. Black 3 tries to break the connection: a hane would simply try to restore it. I really think Black 3 was a bad move, helping the opponent to settle quickly and that it should be at 4 in diagram 1. But White failed to apply some very fundamental principles and therefore didn't punish the bad move at 3.