This is a game I just played on IGS and I feel that some of the moves exemplify my new strategy. I will comment the game here.

F.S., if you have questions about this game, post them at the end and I will add the comments to the game record here. Good luck and I hope this game exemplifies my MagneticStonesIdea, showing how it can be put into practice. 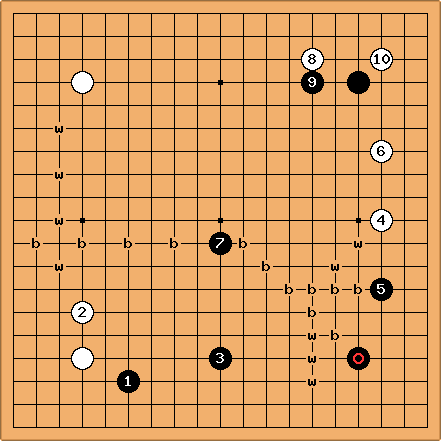 With the feeling that

aims at an inside approach against

is the first magnetic stones idea. The play

, in my mind, aims at reducing the left side, possibly with a move at c8. And one cannot deny the impressive framework I have already started to build.

White 10 is the first panic move. Now that White is panicking, I feel that I am doing well. 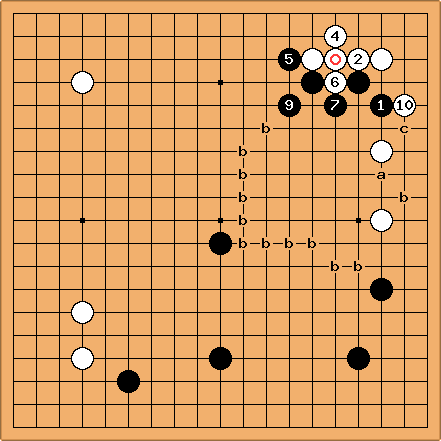 my thickness is completed. Why the ko-shape with

? Because I want to keep sente. White connects which is ideal for my purposes, and I play honte at

was an odd move which I find only helped me attack his group. Can you guess the next move by Black after the obvious c? 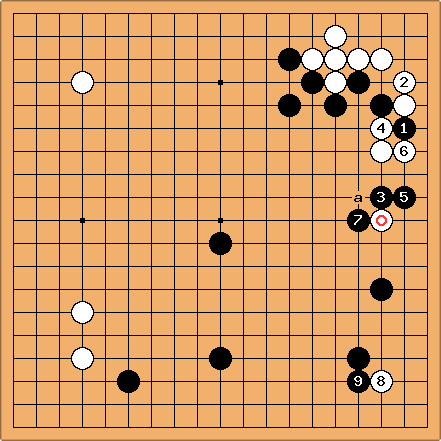 is the second magnetic stones move. I have a wall. With

, White's two stones' magnetic force has been weakened enough that

was made after about two seconds of deliberation because of the magnetic stones theory. Who would think to move at

has been placed under my control, or so it seems.

is the correct block in this situation, in my opinion, due to K4-K9-R7-Q10 magnetic field (moyo). 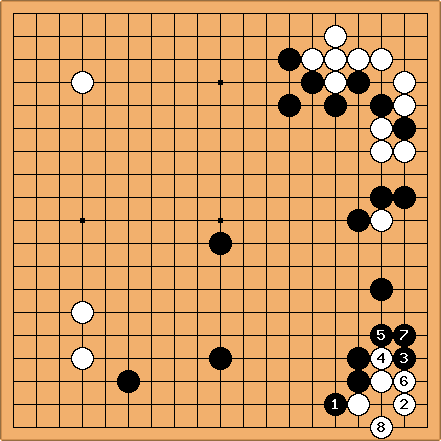 White chooses to play hane in the lower left, another desperate move to shake things up. But the magnetic field is now too strong for these games, and with

Black could not have hoped for a better line of play (in my opinion, of course). 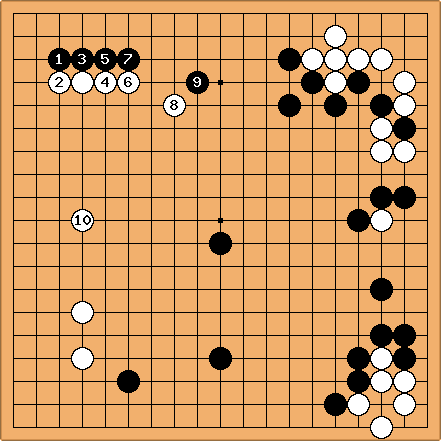 Knowing the power of K9 to reduce the left, and the magnetic force of the black wall against the top, Black chooses a 3-3 invasion. Whichever way White blocks will be bad for White, and the invasion is definitely sente, in my opinion. In a nutshell, Black makes a lot of territory here, while White builds a nice wall. However White's potential to make territory here is severely limited because Black is already touching White's magnetic field.

If White makes this play, instead of the one he actually made (at

), I could respond this way:

A ko fight! Well, there was a ko for the life of the center group which Black lost. But, in this case, my center group might live, and I got a lot of points out of that other ko fight in my opinion. But, who knows what would have happened like this.

is OK because if White a, Black descends and then at c captures some stones. (while a is under attack now). This line of play is what I would have come up with in a 20 byoyomi game.

Anyways, as predicted, White would move near D10 soon. What is Black's next move? Think magnetically. 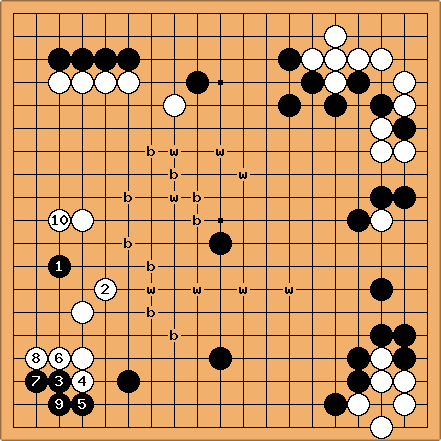 is a possible move anyway, but due to K9, I ignore

and perform another corner invasion.

may seem strange to you but I feel the heat of

now, actually, and consider that

is possible and perhaps desirable. White somehow doesen't take advantage of my slackness and plays

. (I didn't think too long for

was what I wanted anyway.

New comment: If you look at what happened up to

above is OK because

being inside White's territory allows me to move closer into White's moyo. Now, a move which would normally be considered too deep a reduction is OK because it can escape by magnetically threatening to connect to

. So now, again, think magnetically. What is Black's next move here? (think 3k* magnetically, that is.. :)) 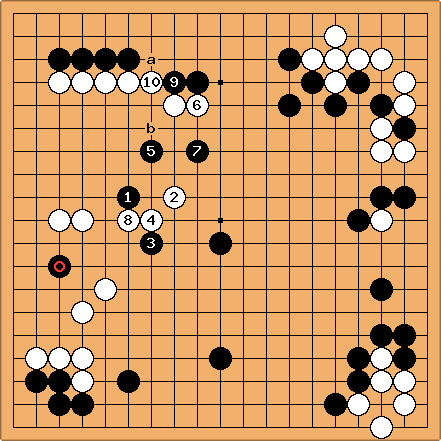 ? In this sequence, White has demonstrated that there is indeed a perceived weakening of a sort of field between Black 1 and

, and she has moved to protect that weakening.

, it is evident that I have canceled out most of her magnetic field in the center. She has to work very hard to capture the reducing group now. I'd call 1 to 7 a success. After

, Black a, White b. The power of the magnetic forces has been made evident and all bets are off in this game now. 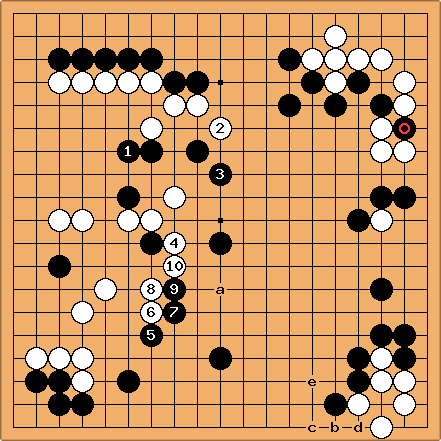 is not so good because of the loss of

is much better so I play

to protect the bottom.

doesn't seem so good after

actually might not be so good. More slackness? Well, I *am* only 3k*. After

, the center and bottom right are sealed off (a to e). 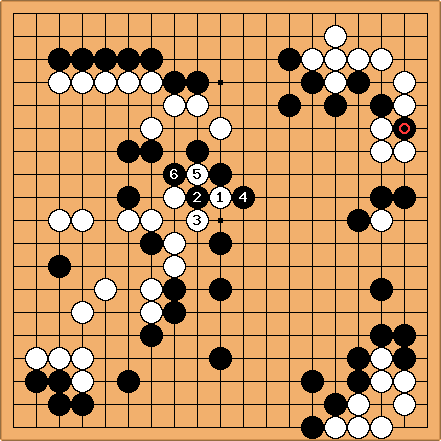 wants to close off the right center. It's a nasty looking ko fight but here is the board when White finally wins the ko fight: 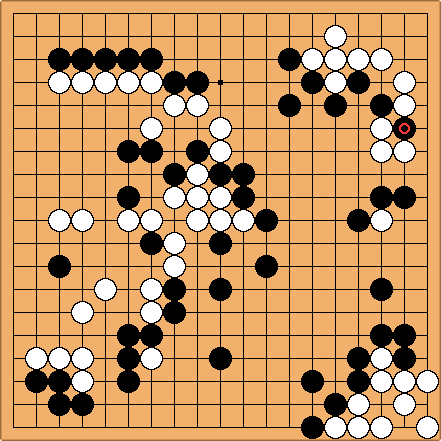 So, is there something to this theory? Who knows. If I can get another good example game, I will post it here, if desired.