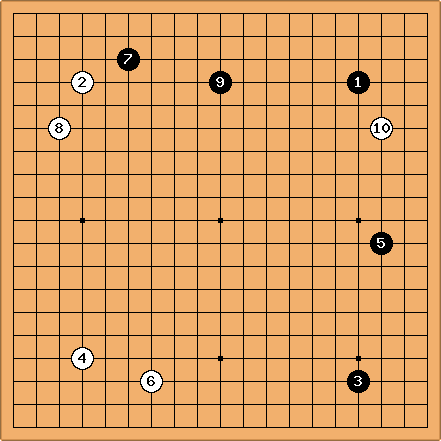 This is the third encounter between the young rivals Lee Sedol (Black) and Gu Li (White) and the third one in 2004. It is also the first time they meet in the Samsung Cup, in the semi-final.

The right side is the Chinese opening and its development will dominate the board. 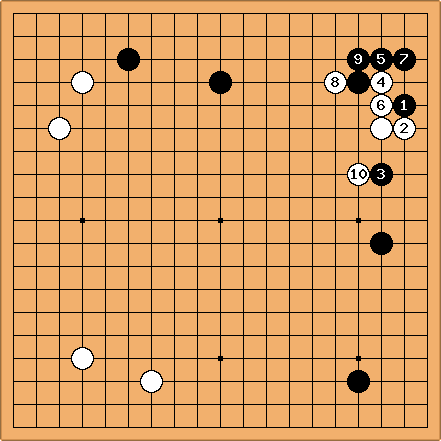 attacks the seemingly heavy stones. It is probably instructive for amateurs to see how White pressures the corner. 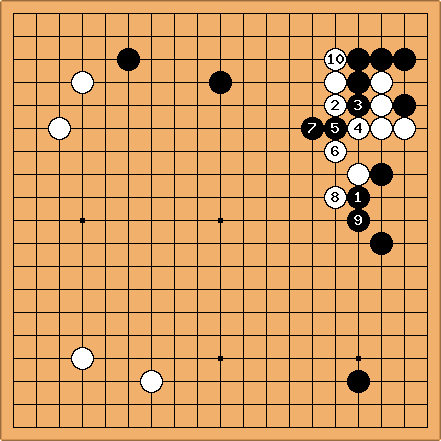 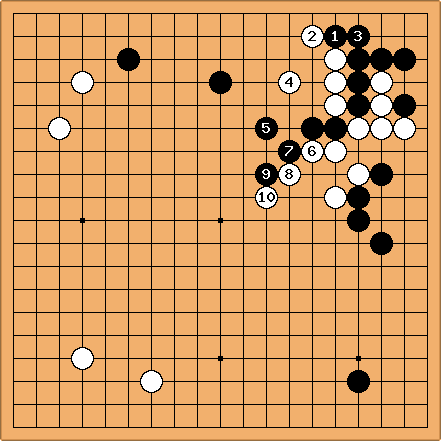 A struggle to get ahead occurs in the centre. 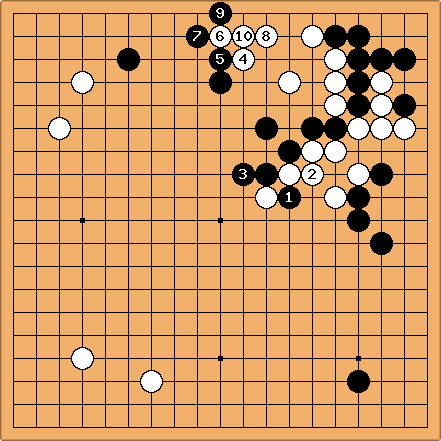 makes eyespace at the top. One can wonder whether Black should have played here earlier, at the expense of central influence. 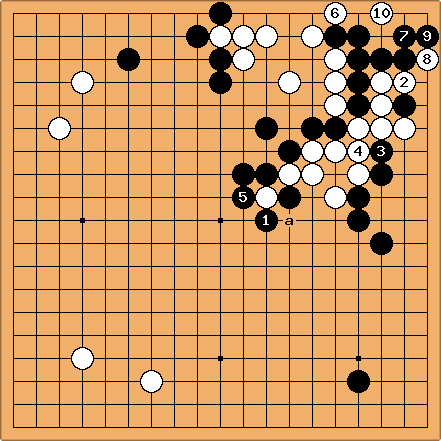 is a strange move: the ladder does not work, so one would expect this move at a instead.

uses the time spent on that central stone to capture the corner. 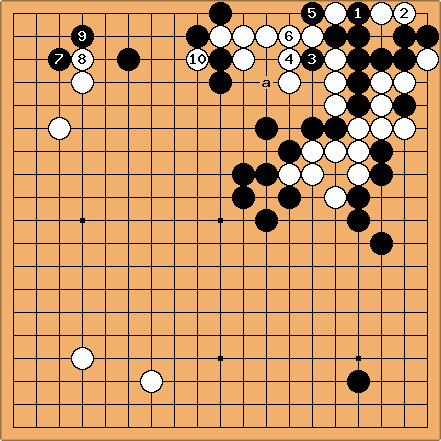 When Lee invades the corner at

one is under the impression that he already must throw the game into complexity, so he is behind. It is a good reading exercise to see what happens if Black tries to reduce White to one eye at a. It's a capturing race involving a potential double ko. I assume Lee prefers to keept that aji for later. 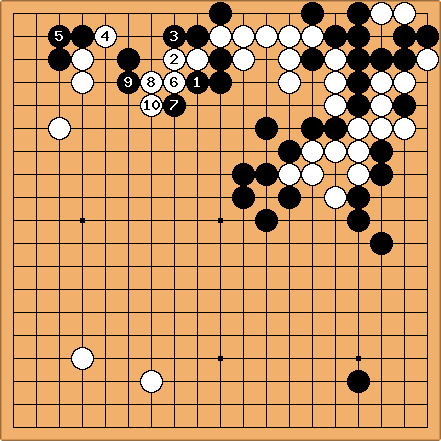 Complicated fighting occurs at the top. White is aware of the aji all the time. 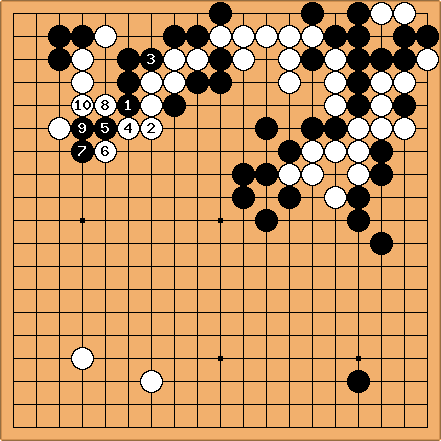 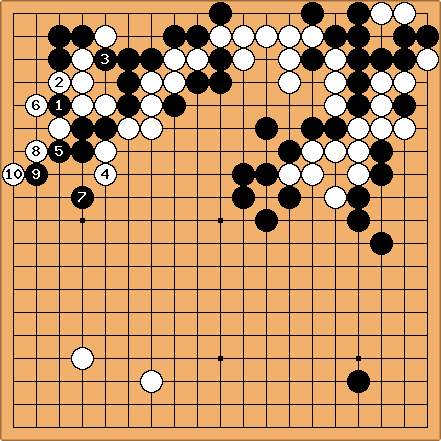 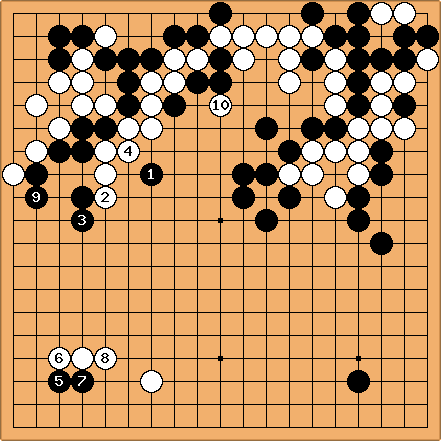 White takes care of the aji.

shows more signs of despair. Despite Black's central thickness, White has little to fear on the board. With the big cash in the pocket he can afford to play conservatively. 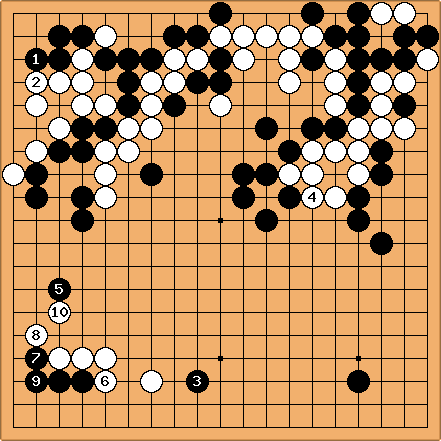 is a thick move. It removes the aji of having only one eye and thus allows White to fight hands free in the moyo. Of course,

was double purpose and Black attacks the lower left. But White has good shape there and it is not easy to attack these stones, it seems. 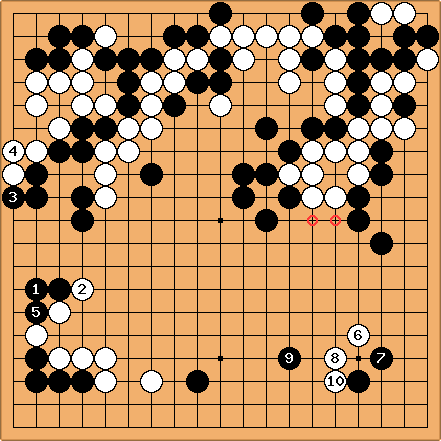 Now White can approach at

without too much sorrow, thanks to the escape route towards the circled points. 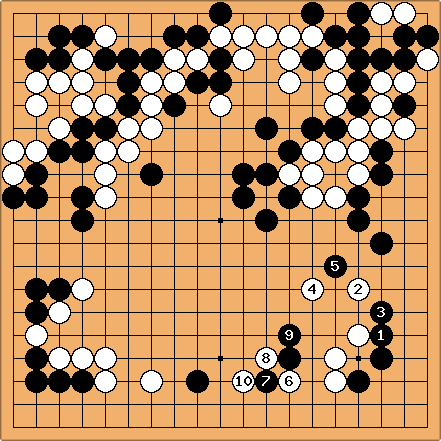 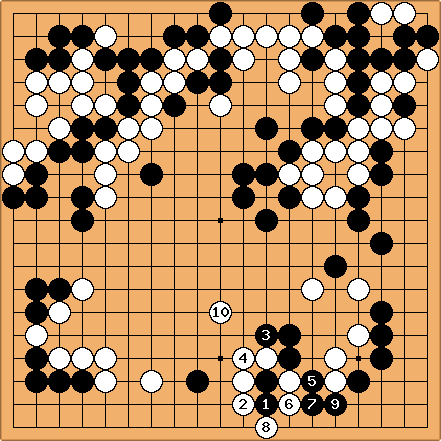 With an elegant sacrifice maneuver, the bottom becomes another big white territory. White is cruising. 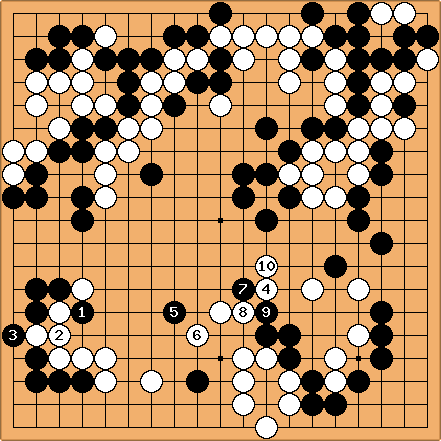 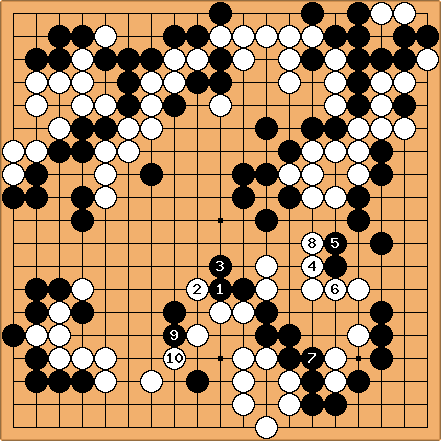 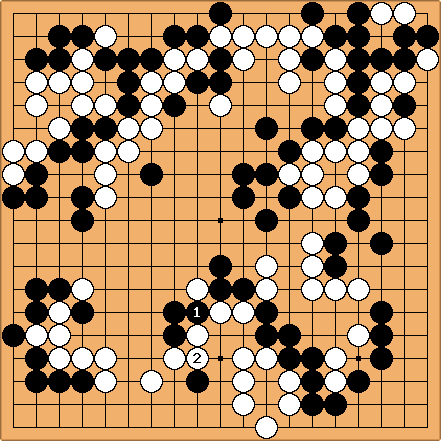 cuts off a stone but the centre is small. Black resigns.