Large jump to avoid being sealed in 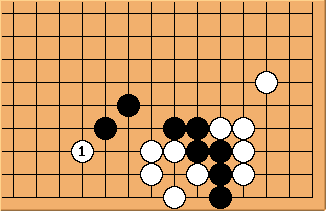 This jump is a good technique to avoid being sealed in. Black cannot cut off the stone: 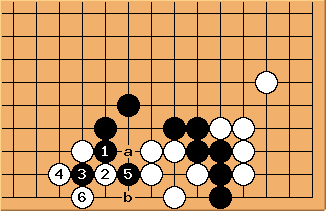 White must capture the cutting stone with

, leaving her a and b to connect. 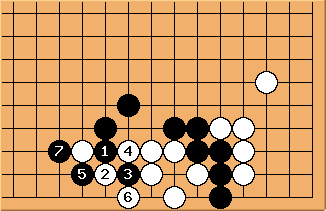 Bill: So Black may play

. (If White replies at

instead, she does not get the ponnuki of the previous diagram: see next diagram.) 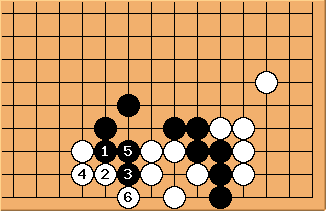 Velobici: White can prevent the cut with

. Black can not play at

, for White will play at 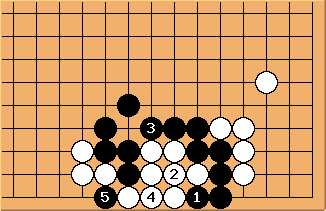 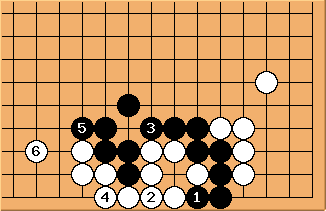 grolich: White probably doesn't want to lose his eyes and be left with an unsettled weak group. On most board, white take the ponuki shape on the inside in Bill's diagram and live. He may even get two moves in a row on a ladder breaker, or some other aji from the cutting stone. Better than running about eyeless and being pushed around, at least in most positions.

You go out and fight instead of living when you are in a proper condition to fight, which is probably not the case here.

unkx80: This diagram does not make sense to me. Why doesn't