Jonathan Cano: Here is a problem derived from a variation on the Large Avalanche joseki.

First I present the problem, then the variation on the joseki that gave rise to the problem. 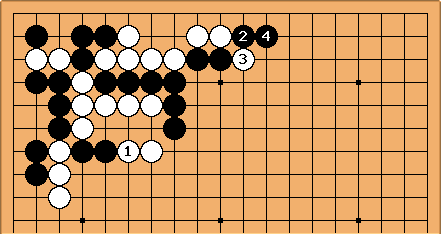 Jonathan Cano: White made a mistake in the large avalanche joseki . White reinforces with

, and then tries to fight it out on the top. 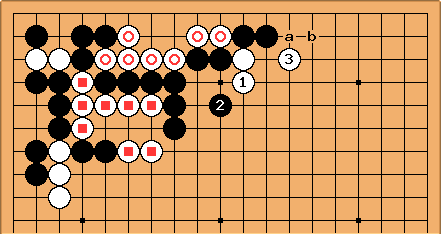 Jonathan Cano:I've looked at some variations that begin with Black a followed by Black b but I don't feel I could play Black here and be certain of killing one of the 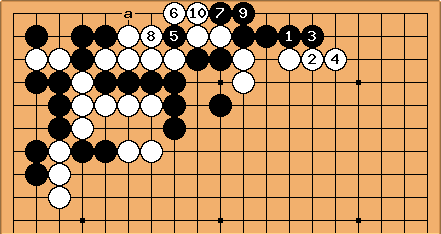 , if White plays at 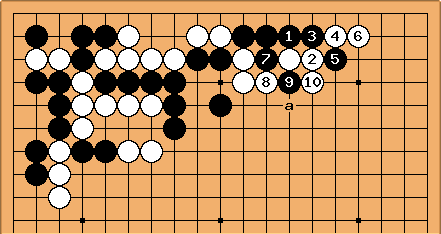 If instead White plays hane at

like here, Black seems to be capturing white stones somewhere, after which the group is dead as well. 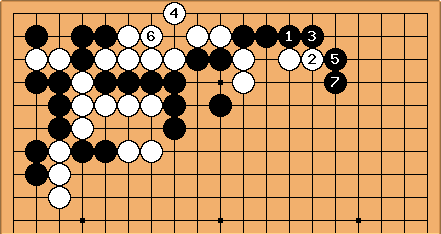 here to live, but even if it works, she needs to add a second stone almost immediately, and the white stones at the right seem to be heading for a fall. 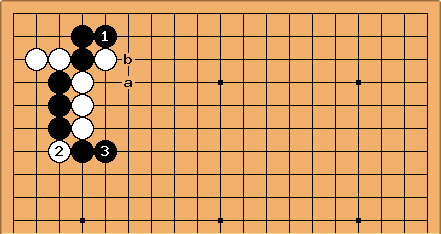 Jonathan Cano: the normal move for White here is a. In Dictionary of Basic Joseki Ishida Yoshio says

at b is a mistake. 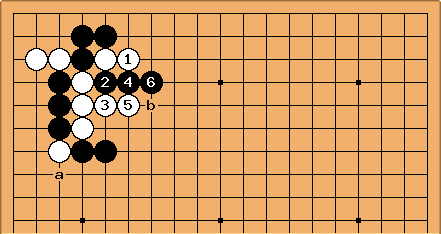 seems vulgar but it avoids complications and guarantees a favorable result. For his part White has no choice but to make the vulgar ataris of 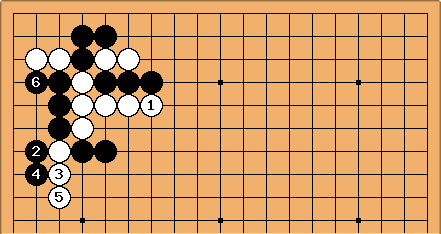 Jonathan Cano: Here is the continuation when White plays at b in the diagram above. 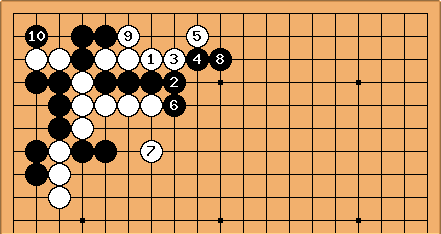 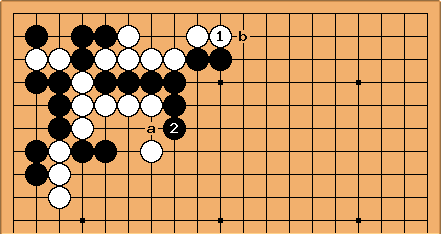 Jonathan Cano: After Black 2 Ishida says Black a and b are miai so White is hopeless. 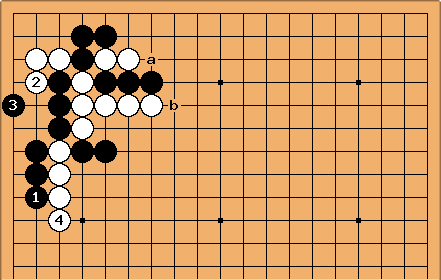 Checking MasterGo, I found that professionals actually play (4 games out of 4)

here rather than at

as Ishida proposes. After

, Black plays either a or b, after which the various groups in the diagram fight things out.