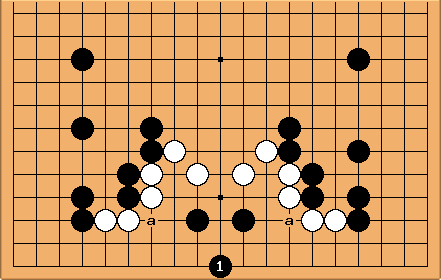 is the knight's loincloth. It makes miai of the a points. Japanese keima no fundoshi. 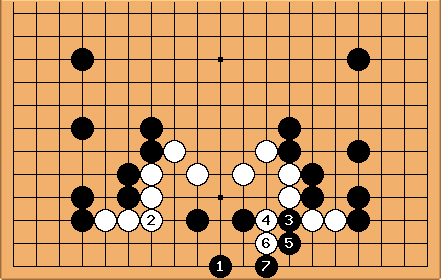 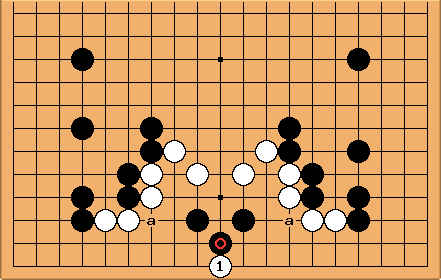 Anonymous: But it is Black's move. Do you imagine that Black played tenuki? Even if he did

looks like a good response. Still on the line of symmetry.

Uberdude If it was white's turn she should just defend one of the cuts. Black no longer has a double threat. If black then cuts the other one white can capture the cutting stone.

axd: this page gives the impression that this shape is actually related to the particularities of the shown position - in other words, is this shape still good without the cutting points?

Slarty: The left half of the position should probably be some diabolically hard life and death situation. Then the knight's loincloth is a tesuji/forcing move making use of the aji on the right. It rings a bell. And even here it's clearly an interesting move to wipe out white's territory... Any translation of keima no fundoshi? 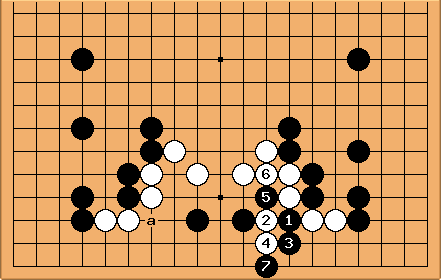