Klein bottle is a non-orientable surface with no inside and no outside.

A Klein bottle is a

non-orientable surface[1], where there is no distinction between inside and outside. So unlike a sphere, where you cannot pass from the outside to the inside without passing through the surface, in a Klein bottle you can do just that. If you were very small, an ant say, you could start at any point, and keep crawling until you reached the other side of the surface, without passing through any surfaces, and without needing to cross any edges.

It was first described by the German mathematician Felix Klein in 1882, and it is related to the Möbius strip.

Essentially he combined two Möbius surfaces, a left and a right, to form a single surfaced 3 dimensional object. Although in fact a Klein Bottle is really a four dimensional object, that is immersed in three dimensions.

The Science Museum in London has a very unusual exhibit - a triple Klein bottle, one inside the other:

This is one of a series of glass Klein bottles made by Alan Bennett in Bedford, United Kingdom for the Science Museum, London. It consists of three Klein bottles, one inside another.
A Klein bottle is a surface which has no edges, no outside or inside and cannot properly be constructed in three dimensions.
In the series Alan Bennett made Klein bottles analogous to Mobius strips with odd numbers of twists greater than one.

When you take a polyhedron and count its faces F, edges E and vertices V, and compute χ = F - E + V

The best known example is the Möbius band. If you put a non-symmetric figure on it, for example the letter R, and slide it over an appropriate loop, then it returns to the original position in mirror image.
The Möbius band has a boundary. This boundary can be is sewn up (in two different ways) to produce non-orientable surfaces (the Klein bottle and the projective plane) without boundary.

A mathematician named Klein
Thought the Möbius strip divine.
Said he, "If you glue
The edges of two
You'll get a weird bottle like mine."

You can actually play on a Klein bottle: 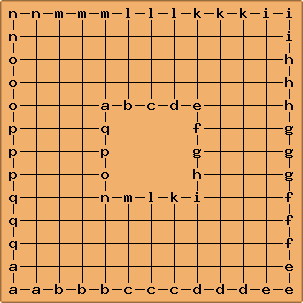 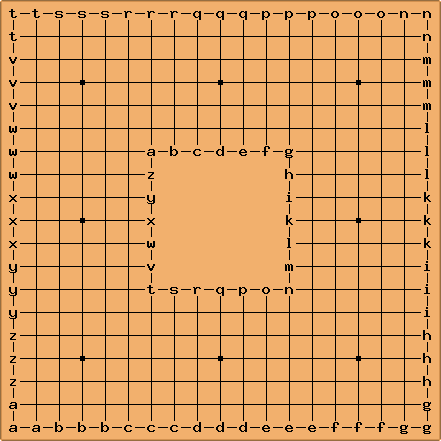