Jumping out with the knight's move 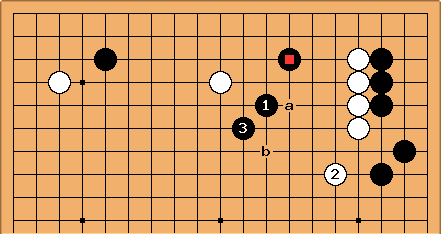 Usually one expects to see the one-point jump in running fights; it is certainly the default play for getting into the centre. On occasion though it is useful to jump out using the knight's move.

over Black at a, are that it is somewhat lighter (sacrificing the square-marked stone later might be acceptable), and also that it moves Black's group one line to the left, away from White's wall and closing down on White's stone on the side.

, rather than at b, perhaps requires explanation. 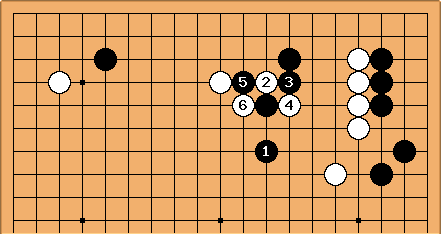 To jump out to

here goes too fast for good shape. With 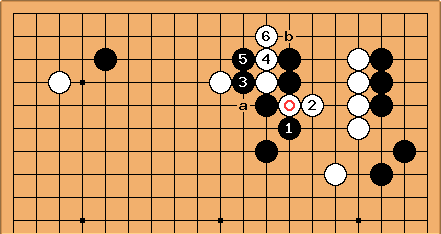 in answer to White's marked stone is always somewhat vulgar shape. Here Black has to give up two stones after

. Next Black a, White b and Black has no attack. 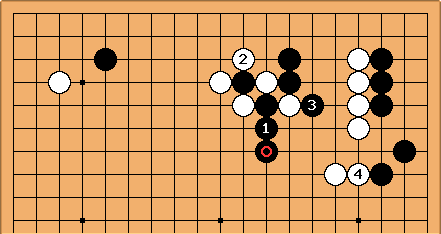 This result gives White a potent ponnuki. Allowing White to play at

can start a ko for high stakes. The

stone then can't be considered well-placed.

Jumping out with the knight's move last edited by CharlesMatthews on May 29, 2003 - 18:09
RecentChanges · StartingPoints · About
Edit page ·Search · Related · Page info · Latest diff