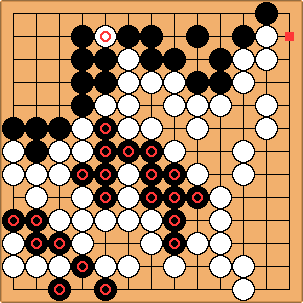 White needs one more move at the marked point. 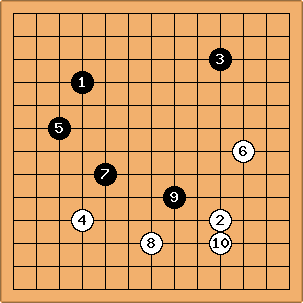 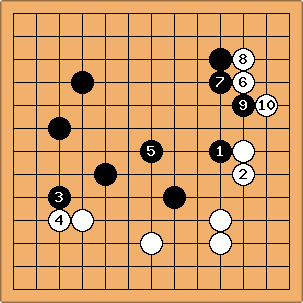 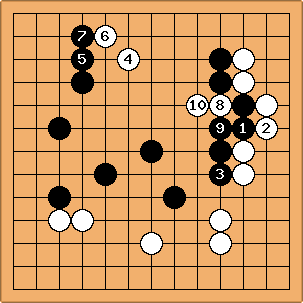 -- I counted myself (White) some 20+ points behind, so I had to try something more active. 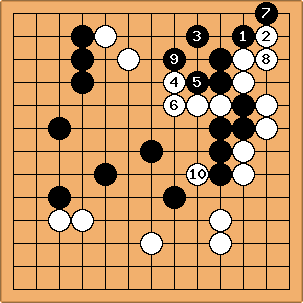 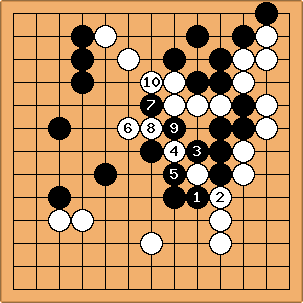 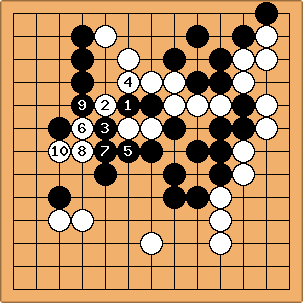 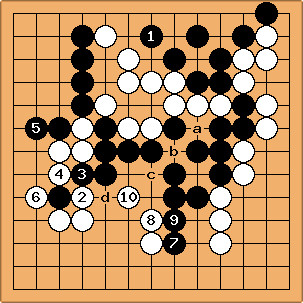 unkx80: At first, I thought Black is going to win this game...

Gronk: a is the vital point for Black.

hexkid: While I was playing the game a didn't worry me too much because I thought I could make b a half eye. I regarded a and c as miai.

Gronk: Keep reading. Consider Bd after Wc. I believe B can get an eye at the edge if White tries to take the one at b away with Wc. It takes some reading and it is always possible I missed something. Nevertheless, B should have lived in the center and had many chances to do so. It makes for an easy victory.

unkx80: If you don't mind some more advanced material, take a look at [1]. 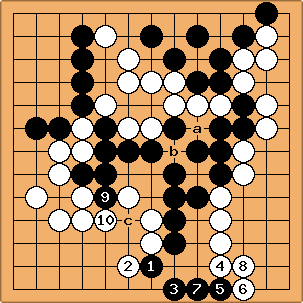 at c is trickier to read and results in miai for an eye at the edge or at b, if I am reading correctly. Details omitted. 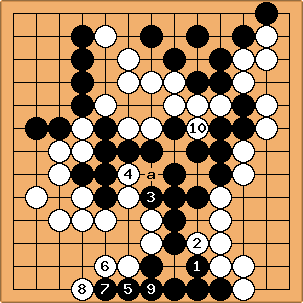 unkx80: But Black gets his liberties all filled up. As a result, Black loses the capturing race instead.

Gronk: Now it should be clear that

at a now would make the group alive, I think.

Gronk: No need to guess. My advice: Prove it to yourself that B needs

too. If B is unconditionally alive then W can never remove it from the board. If needed, put stones to board to see for yourself. Then try to visualize it in your head.

hexkid: I had to try a few variations on CGoban2 to see that. Thank you Gronk.

Gronk: Good for you! The best way to progress is to do the analysis yourself on a board. Based on what you've shown here, some review of life and death would be beneficial. There are good problems on SL to help. See BeginnerExercises.

on the other hand lives, as white can't play at a next due to shortage of liberties. So as Gronk pointed out

is the vital point. 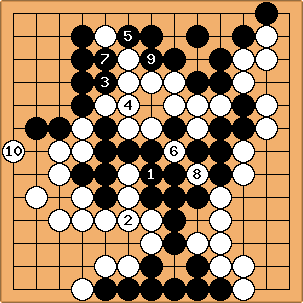 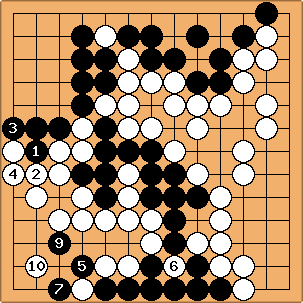 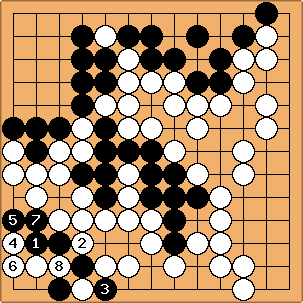 [1] unkx80: Below is some advanced advice for you, if you can see why, then it is good, if not, you can always come back again later. Just don't feel bad about it. It is regarding move 65.

hexkid: Thank you for a very clearly written material. When I was playing I remember thinking about the safety of these key stones but figured they were safe. My opponent didn't see it either and if it weren't for you, I'd be one important point poorer. Thank you. 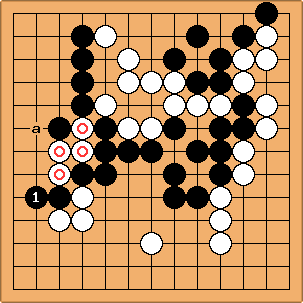 stones get captured. I will attempt to show you why later, but be aware that a lot of detail has been omitted. Note that these 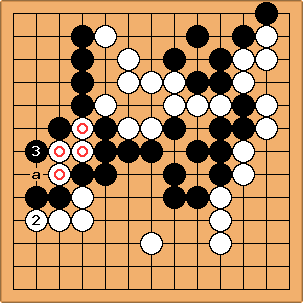 captures in a net. Similarly, if

at a, then Black plays 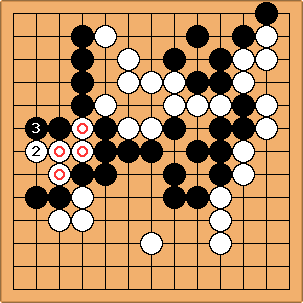 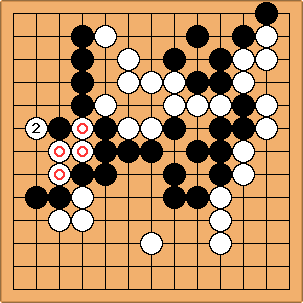 The tricky move here is the atari at 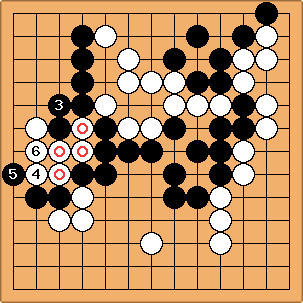 here would be a mistake. Then

hexkid: The black group has two liberties, the white group has three liberties. If Black plays one point below

his group has three liberties, but White goes first and wins the capturing race. Playing two points below 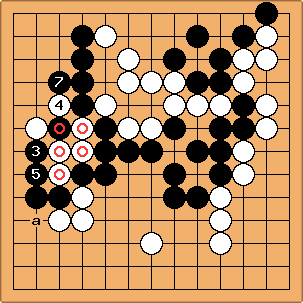 The solution is actually to atari at

, and then blocking at

instead, then White connects at

instead and White wins the capturing race (why?).

hexkid: (later) Ah! It's easier with a board to try variations on. 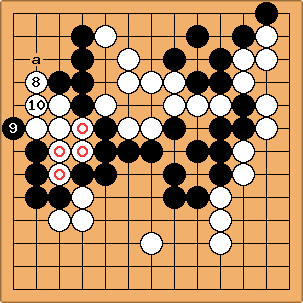 atari, followed by a.