Guess what Chang Hao did / Attempt 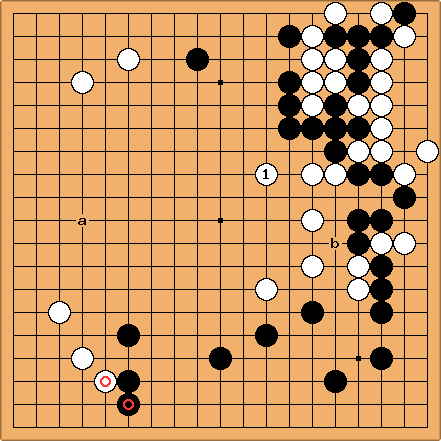 I would like to reinforce the center group, by either a high move along the side or more directly.

in the diagram feels really heavy, but I don't see a better alternative

is too slow. Since b is sente for white, white should have no trouble setting this group

ChrisSchack: W can squeeze and kill the group if B doesn't respond.

at a just leads to squeezing from the edge in.

djmj: Thanks, already played this situation but forget that white could get a ko there. 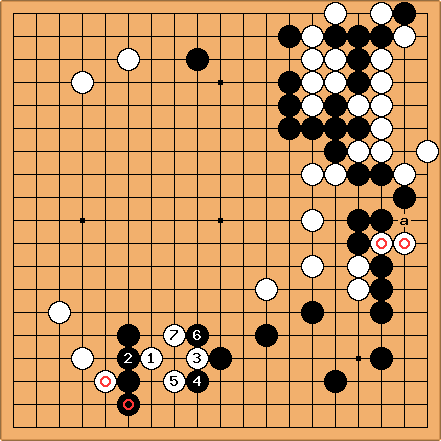 unkx80: Since you say surprise... I shall attempt to create a ko in Black's territory. Note that White has quite a few ko threats on the right side.

Warning: This is not backed up with reading.

Herman Hiddema: Looks like an interesting option. White has quite some ko threats, starting with a, so this may be an excellent way to use the aji of the

Tapir: A move surprising to a 2 kyu may as well be natural to a 5 dan, no?

ChrisSchack: I don't think the

stones have aji alone ... there's a ko there, though it looks risky. 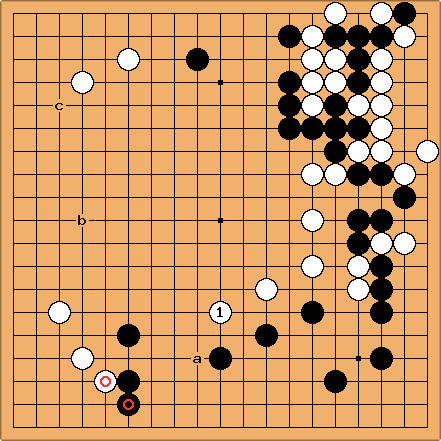 here came to mind. It gives white some more breathing room in the center, presses down on black's territory and gives some potential follow-up at a if unanswered (putting some teeth into unkx80's ko line above). Equivalently, I think a black move at

really hurts white, and your opponent's good move is your good move. I also like the move at b, which I think is better than closing the corner at c, since c doesn't provide as much scope for future development and seems out of focus with the coming fight in the center. 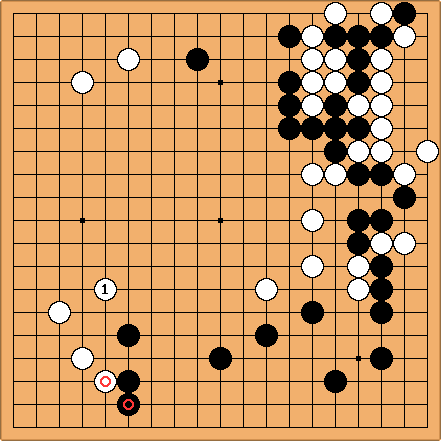 Tapir: I can't remember my first thought now, but a move which may occur to me is

(as the proverb says: If you don't know what else to do, build a framework.)

Bill: I considered that move, too. But isn't the proverb, If you don't know what to do, tenuki? Building a framework is not faute de mieux.