Guess what Chang Hao did / Solution 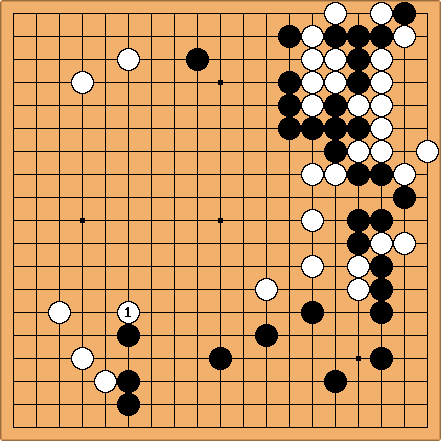 Tapir: This is the solution. This move came very unexpected to me (being teached a dozen times by proverbs and better players not to attach earlier). But the result looks good. Actually the moves I'm surprised about are often attachments.

PS. After JF commented somewhere that a certain chinese go prodigy reached 4/5 dan level just by replaying Chang Hao games (and before being able to count.) I started looking at those games as well... the game is a league game from 2007-11-01. Chang Hao won by resignation after killing the black upper side group.

pwaldron: Interesting example. By way of explanation after the fact, the proverb against attaching to stones really only applies to weak stones. The idea is that an attachment provokes a response that makes the stone stronger. Attaching to strong stones, as in the case below, is usually just fine.

Tapir: Chang Hao played (after some exchange on the left and in the center) a similar unexpected attachment at a. I can appreciate the result, but I usually don't consider such moves at all. I feel like white offers / urges black to play submissively here, but even if black resists white sets the pace... in Shion no Ou there is a scene where the Saito Ayumi comments on Nikaido's play as "polite" in a somehow condescending way. This is the very opposite, non-polite i.e. powerful play here. 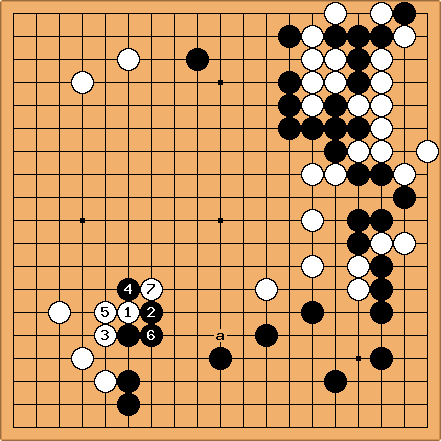