Go on ice with Igor Grishin and Dmitrij Maljutin : 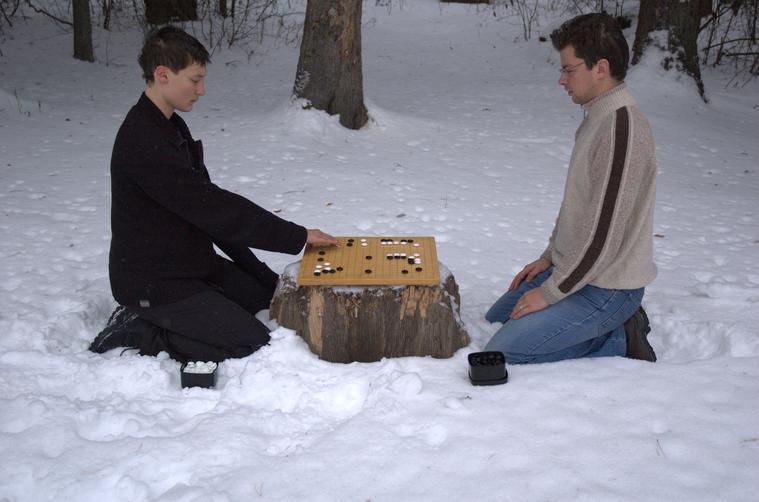 For contrast: Dmitrij Maljutin (left) vs his friend (Kerala, India): 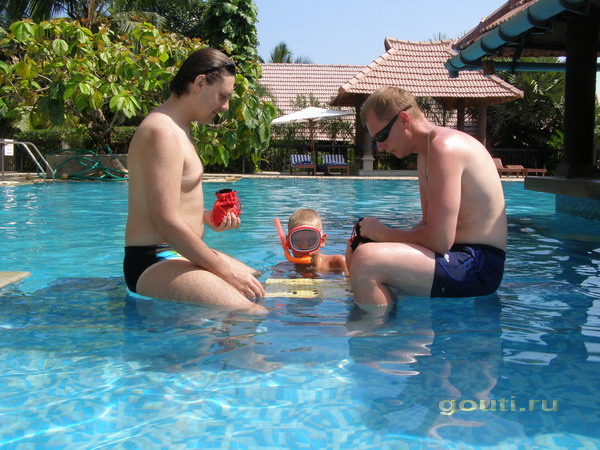 Vladimir Spiridonov (left) vs Mikhail Emelyanov during the Go camp.

Dmitrij Maljutin (left) vs Alexei Kozhunkov? during the Go camp

Simultaneous games by Igor Grishin. Rain is not the problem at all!

Tamsin - Wonderful page! It's not easy for us people living in England to put up comparable pics. The most extreme place I've ever played was probably in my friend's garden :-)

Lorenz on Monte Tamaro in Switzerland:

Or this one, during Ascona Tournament in July 1997:

Phelan: I've seen a photo of two WMSG participants playing on the Great Wall of China, but I can't find it right now. Edit: Found it. 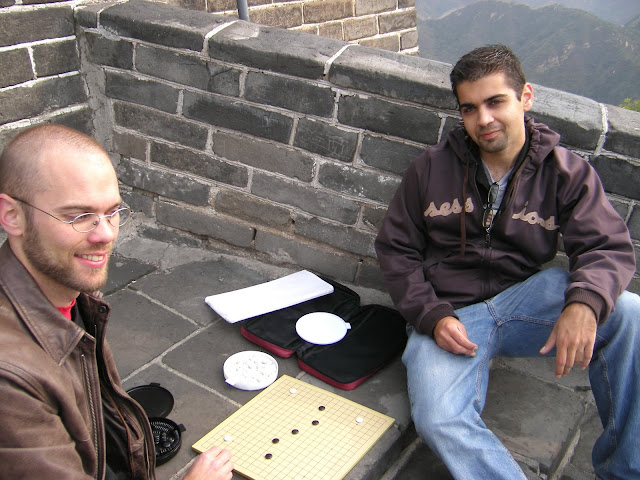 Matti: There is a photo where one of the players was exactly 19*361 days old.