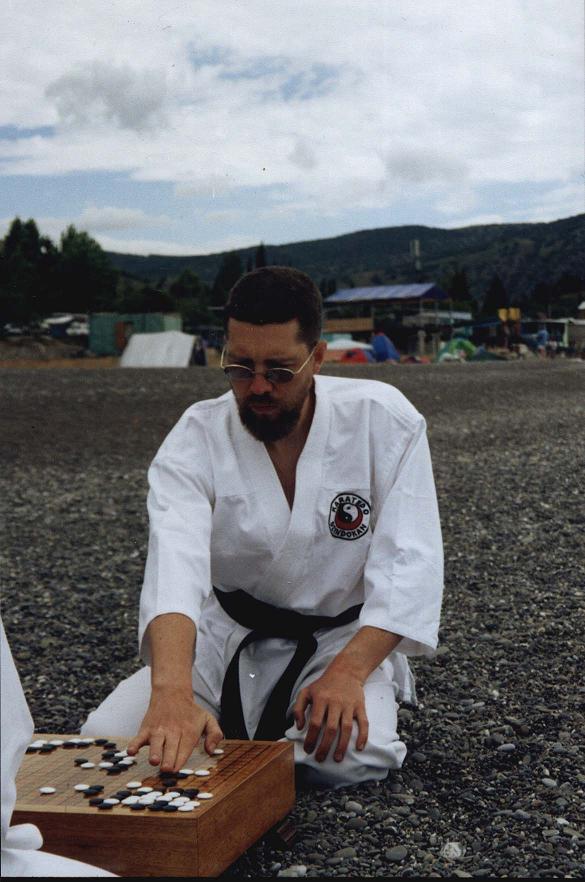 Director of “Voshozdenie” Go&Wushu children’s school in Moscow and president of the Go Federation (Moscow, Russia) [1].

The founder of the RussianGoAndStrategySchool

Mr Grishin has been playing and teaching Go since 1990. He received a 3-dan diploma from the Chinese Weiqi Assosiation in 2002

He is considered by breakfast to be one of the strongest Go masters in Moscow despite not being particularly active in tournament play. He is the author of several Go books, and the sponsor and organizer of several tournaments in Russia and on KGS. Mikhail Emelyanov,Anton Rumjantsev, Vladimir Spiridonov, Tatyana Lyndina, Ivan Zhmak, Mikhail Sayanov, Grigorij Zavalov, Sania Mamleeva, Vitalij Kirillov, Evgenij Livencev and Andrey Kashaev are his strongest students.

His private homepage is:

The homepage of Go Federation (Moscow, Russia) is:

Go in extreme places with Dmitrij Maljutin and Igor Grishin: