Warning: only the last two diagrams are commented by the professional player. The rest of the analysis backing it up is done by myself. --Dieter 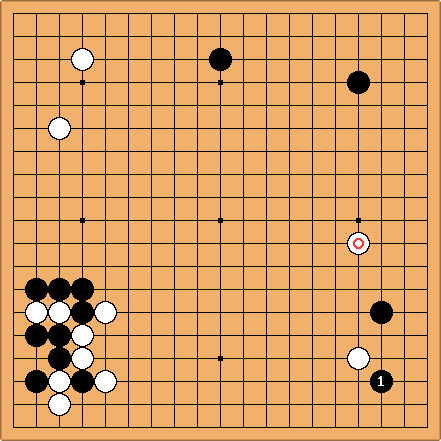 One has to imagine what happens when Black invades the corner right away. White should block but from which side ? 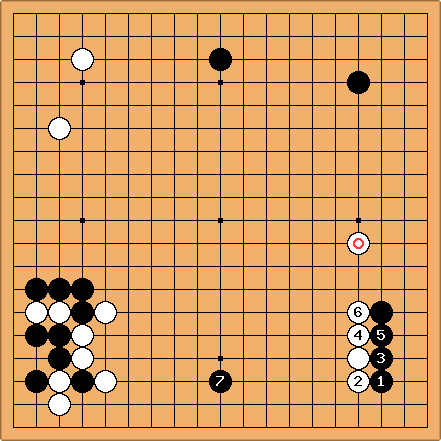 When she blocks from this side, the framework built in exchange for the black territory is too big. Black can come in and live easily, leaving White with almost no territory. 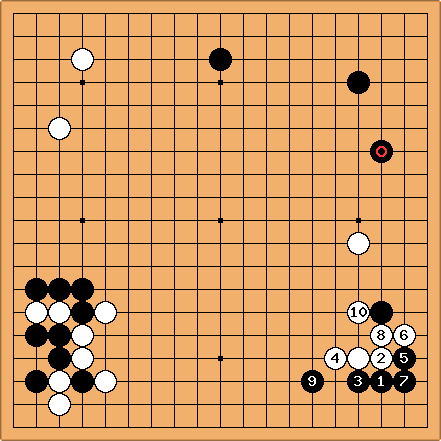 If she blocks from the other side, Black may hope for the following development and take the key point at 11 (the marked stone). 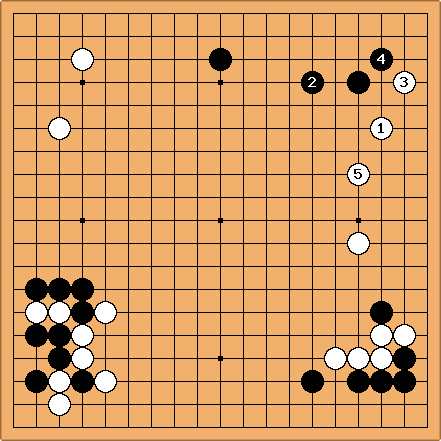 However, White will play more actively with 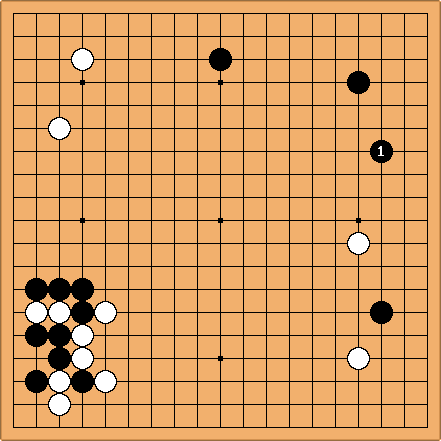 ... it is probably best to assure this key point first before deciding on the development on the lower side and lower right corner. [1] 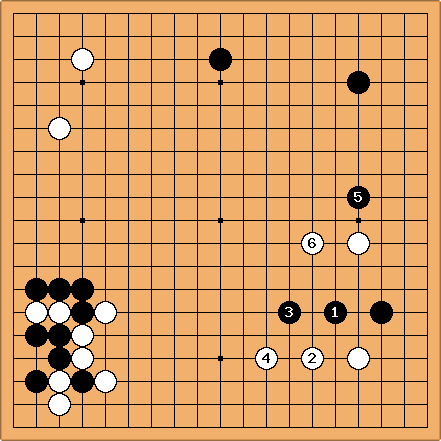 Moving out with 1 in this diagram, separating White's stone, then attacking it with 5 is a possible way of playing. It complicates the game for Black though, because it gives easy territory at the bottom for White, in exchange for an attack of which the outcome is unsure.

[1] Stefan: Here's the 12th move of the first game of the 2002 British Championship title match, currently in progress between Matthew Cocke and Matthew Macfadyen. I believe it illustrates the same fuseki idea. 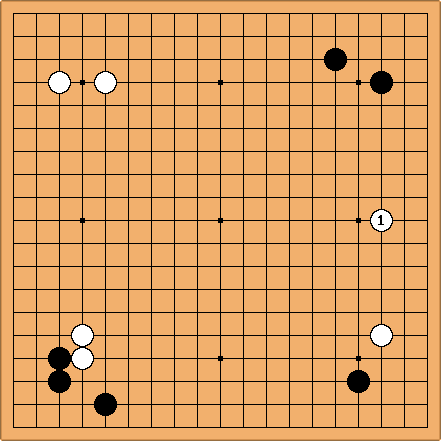 Macfadyen comments: "Also possible to try pressing at p4 to make Black's position low on the bottom side, but the move played has the advantage of getting the big point in sente." You can find the complete game record at the website of the