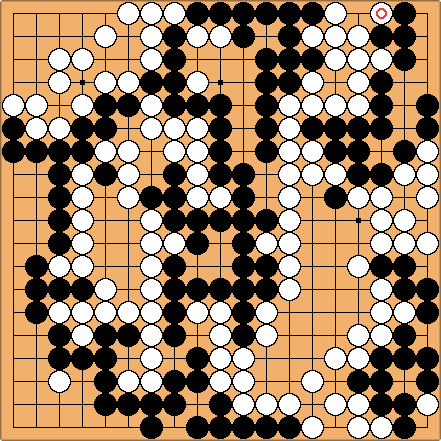 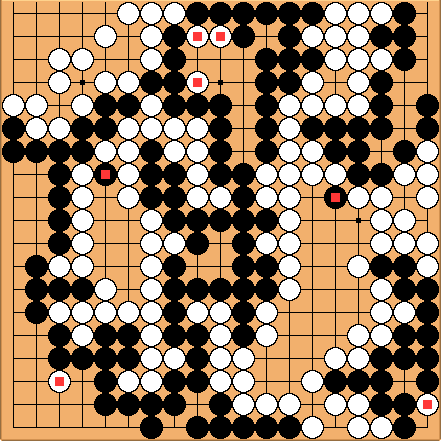 After the dame have been filled the position should look something like this.

So, what's wrong? How does White win?

BillSpight: Hmmm. Might the reported winner be a typo?

Jan van der Steen's web page Yang Jaeho won. But maybe he played Black, not White, and the two mistakes cancelled each other?

SAS: This appears to be the explanation. This game is briefly mentioned in the May 1990 issue of Go Moon, where it says of Yang (although he is not mentioned by name) that "he defeated on black Ishida Yoshio by one point and a half".