This is taken from the eighth game in the sanjubango played between Ota Yuzo (White in this game) and Honinbo Shusaku (Black in this game) in 1853. I like it for pure "wow" value. By move 41 it is clear that Shusaku is handing Yuzo a severe beat down, and he resigns after move 123. 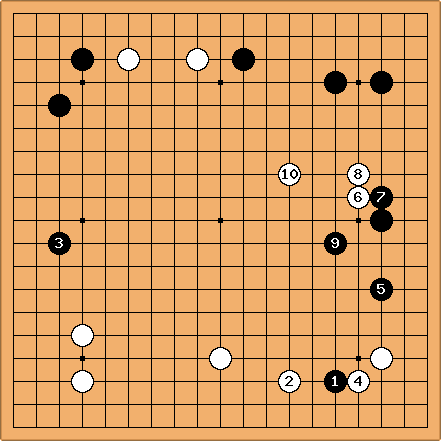 It's not too bad yet, but Black is clearly developing faster and on a larger scale. 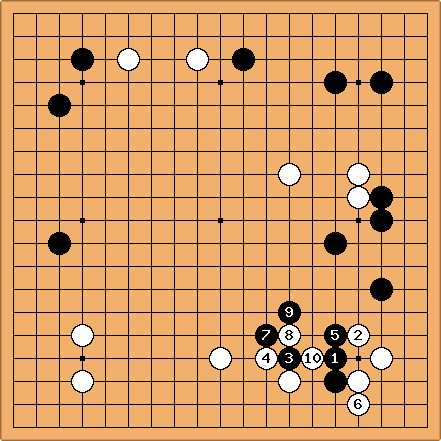 White is spending too many moves on the bottom while Black gets much thicker towards the center. 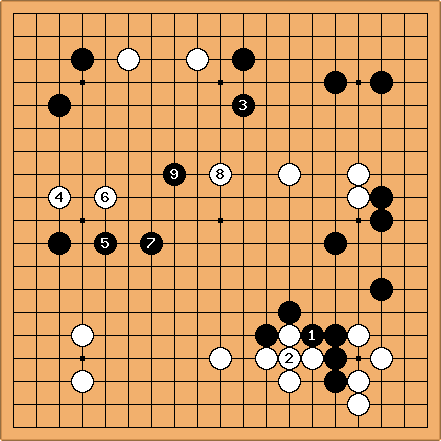 Suddenly Black can open up a three way attack on White's weak groups. Even if all of White's groups survive, the amount of profit Black will gain from attacking is unbearable.