I like this move in the opening again, because it is so unexpected and unconventional, yet once it is on the board, it feels so natural. It is taken from the third game of the 20th Meijin Title Match. 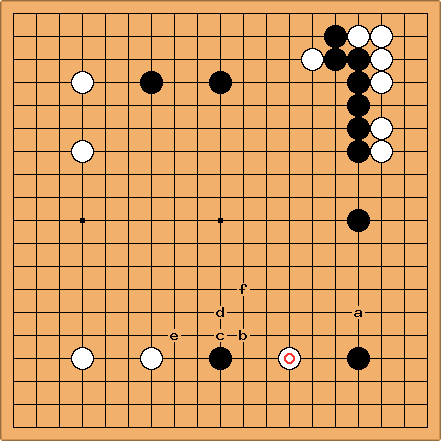 . How can Takemiya respond in such a way as to preserve the effectiveness of his carefully constructed thickness up top?

A small misstep can allow White to erase Black's entire framework. Replying at a is no good because of the resulting sequence from b to f. 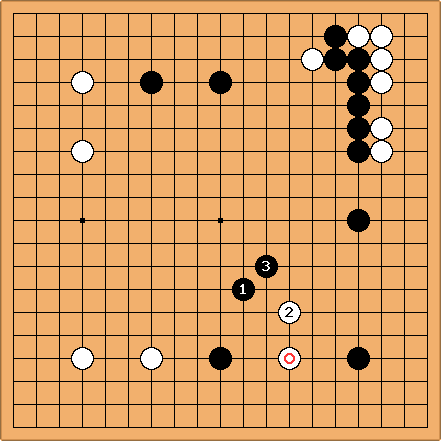 , a huge Takemiya-style moyo begins to crystalize on the upper section of the board.

These moves in the end look so natural, but it is doubtful whetther many players could think of them. The eventual result of this game was Black's victory by resignation.