Hi my name is Evan Roberts, My rank is around 10kyu and have been steadily improving at around 1 rank every couple of weeks. I first played go against my parents when I was young, but only this last year since I've joined the local club at uni have I picked up the interest again. When I joined I was only ~19kyu, so playing regularly has improved my game a lot.

I think when playing in real life I probably play a little better as I don't make quite so many silly mistakes. I can beat players around 3kyu when taking 4 stones.

I play on KGS as "Wellred" or sometimes "Evan" 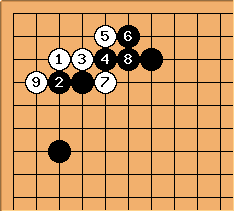 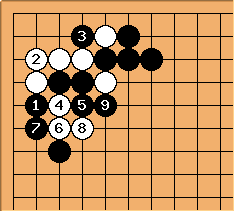 I figured the best I could have done was this: 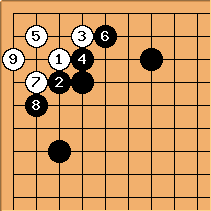 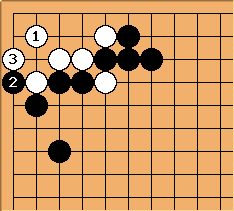 This is a standard sequence for this invasion, and is normally not so great for Black. If Black loses the ko it's awful, if she wins the ko, she has played an extra move in the corner.

The bowls and glass stones I am very pleased with; the board isn't the best quality ever, but I needed one that splits in half so I could take it with me on the train. I'll report on the books when I get them sent back down from scotland!