Well, since it's called "Driving Tesuji Problem 1," the first move is pretty obvious, looking at the eponymous page... 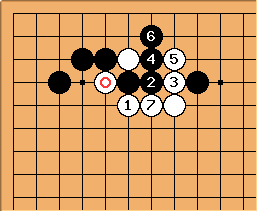 This looks good. The marked White stone is disposable. If Black pushes upwards with 6... 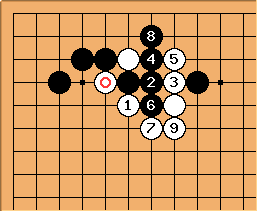 It's still pretty good for White, sacrificing one more stone (White 1 is now disposable too). 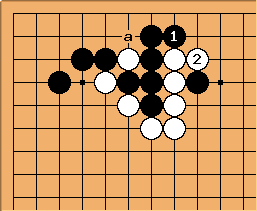 B 1 is big. If White plays there she threatens a. 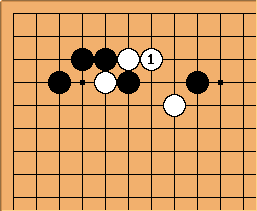 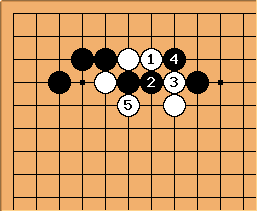 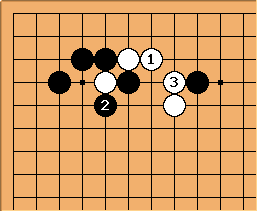 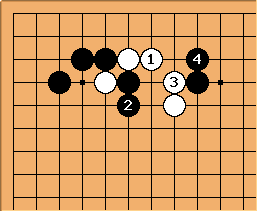 Charles Matthews After Black 4, I wouldn't want to be White here. The group is too heavy.

It's not in the solution, but doesn't this also prevent the Black stone on the right from joining? 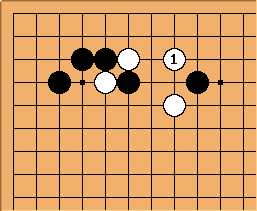 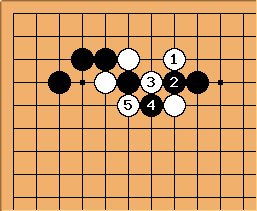 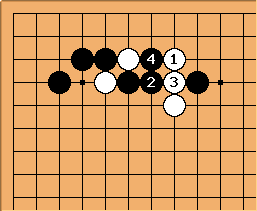 White has sente this way? 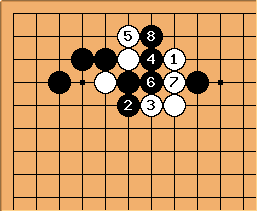 I think if White tries

, there is the feeling that White hasn't claimed anything of substance. Those four White stones are weak. 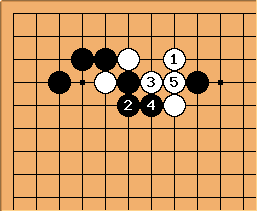 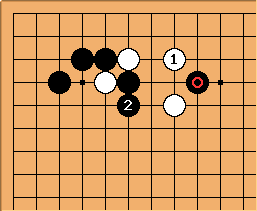 still has 4 liberties. With the driving tesuji, white can force that stone's liberties down to 3 in sente.

, white must defend, so: 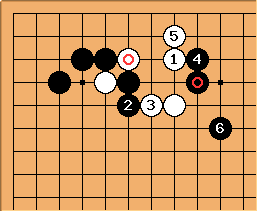 , but since the marked white stone is not important, capturing that is an endgame move for black. So instead, black could attack with

. After the driving tesuji, 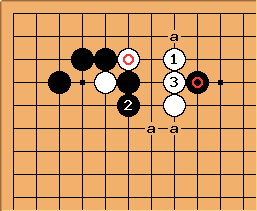 Herman: An alternative here is for white to take that black liberty with

. Now black has no sente moves here. Note, however, that this diagram looks very much like the diagram after the driving tesuji, but in that diagram white gets stones at all the points marked a, in exchange for the marked stone

, which is captured by black. That exchange definitely favors white, who gets a much bigger and stronger wall in exchange for a few points (which black can get in this diagram as well, should he so choose.