Don't throw an egg at a wall

I could've sworn I've seen a similar proverb somewhere else, but I can't seem to find it.

This is a translation of a Korean proverb that I've seen often used. It's both amusing and useful so I figured that I'll throw it in :)

Basically the idea is that placing (throwing) lone stones (eggs) in areas that your opponent is strong in is just begging for them to be captured (cracked).

Nico: Somehow related to Play away from thickness.

Karl Knechtel: I've heard the phrase "throwing eggs to (sic) a stone wall". I like the imagery invoked by "to" rather than "at", actually; it is as though you are vainly expecting the wall to catch them for you. :) 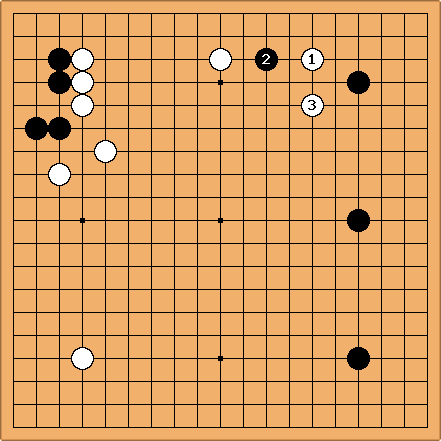