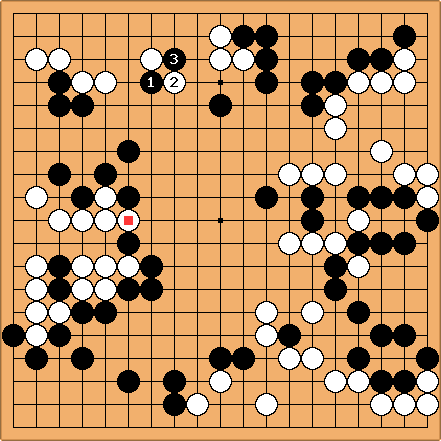 The game was played on 1st December 2001, in the second round of the European Fujitsu qualification tournament. Black was Alexander Dinerstein, and White Tibor Pocsai. The game has reached the endgame stage, and Alexander has just ignored the marked stone to set up the cross cut.

Q Is this really the end game when both groups involved are still not settled? looks like late middle game to me..

Alex Weldon: We've got two crosscut examples, and both of them just show the initial situation without the continuation. At least CrossCutExample1 has some speculation about the strategies involved. Here's my very amateur (13k* IGS) guess at what's going on. I'm almost certainly wrong, so hopefully a stronger player will correct me.

My best guess is that Black is playing this crosscut with the idea in mind of playing the sequence below, ending in sente to come back to block the marked stone, treating his moves at 1 and 5 as kikashi. White can obviously capture Black 3, so I can't see any other point to it than as part of a forcing sequence. Is there something going on that I'm missing? If I'm not completely off-base, is there something White can do to avoid being forced like this? 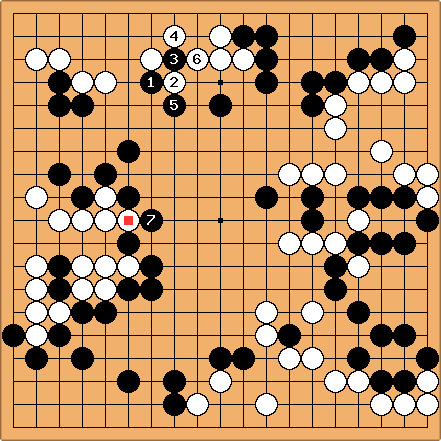 Or is he maybe going to play the other atari and get into White's top side as a mutual damage type thing? Something like this? 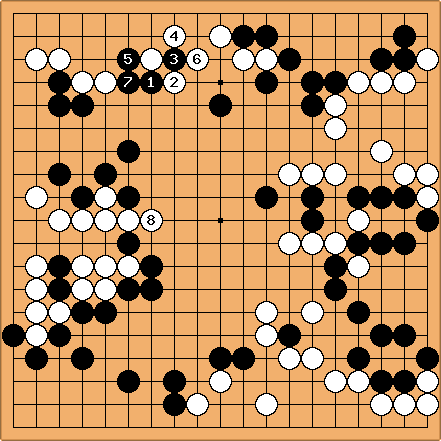