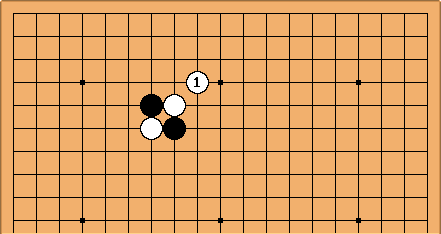 After a cross-cut in the centre of the board,

isn't a recognised good shape. One can give some reasons. 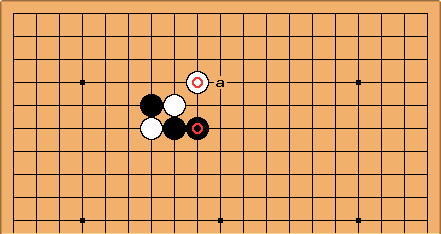 . Then this is similar to the position in diagonal play reference positions?: White is at some disadvantage for influence. You could also say that

threatens a good play at a. 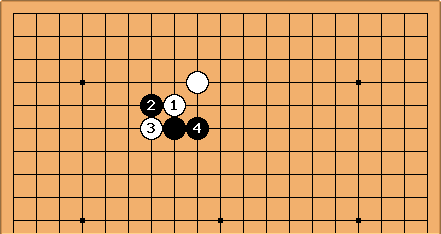 With this order of moves

may also appear a little unreasonable. 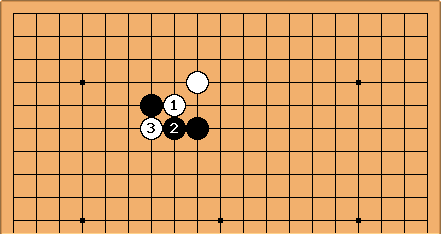 The same position arises here, though with Black to play. The 'correct' way to cut here is with

(strike at the waist of the knight's move).

For all these reasons this is a relatively rare shape.

An example can be see at Attach-crosscut corner patterns, in the 4-4 point case.

Another is in this difficult joseki: 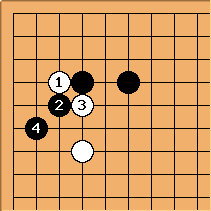 This was played by Shinohara Masami against Go Seigen in 1935; it is hard to know how current 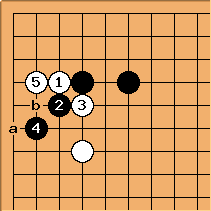 This counter-example to the diagonal away move being a bad move has a reason. The main reason the diagonal move is bad is because on an open board after

, the two black stones have bad shape, with a play at a a strong reason. However here a lies on the first line and so isn't a threat at all. Also, with a white stone bearing down, it is imperative that black can extend down along the side and for that reason

must be preferred to b.