In the diagram below, derived from Reducing Territorial Frameworks, p.21, Black has a framework in the lower right. 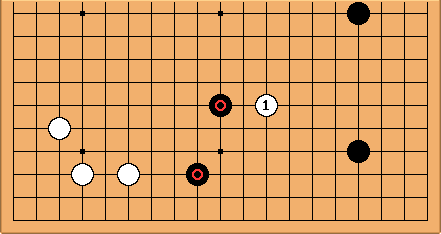 According to Fujisawa Shuko, 1 is the vital point for reduction. He says "anything deeper feels like an invasion". It looks like Black's marked stones are pushing toward the right-hand side, so to go in deeper would be to invite attack. 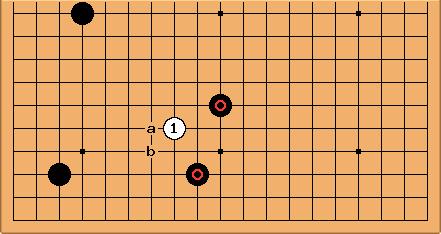 Here, White can go in a bit deeper, either at 1 or a or b, because the framework is biased away from the that area. The marked stones are pointing toward the right.

I was struck with this example, which I suppose illustrates direction of play, as it shows one way in which to decide where to perform a reduction. Does anybody know if there is a real name for biased framework? -- Tamsin 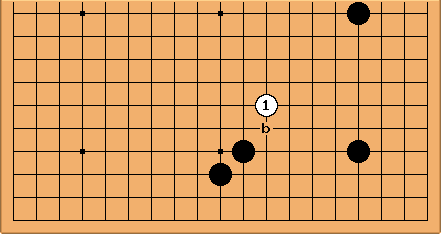 Now, White reduces either at 1 or at b.

But, if the framework is pointing in the other direction: 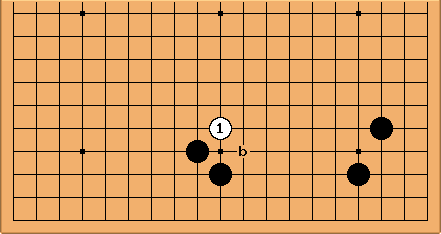 Both 1 and b are acceptable reductions.

I should add that the book's examples only show the side stones and not the corner formations, and Shuko is a little vague about details, using only such phrases as "for a moyo on the left". But, what you can see from both examples is that if the moyo points "outward", then you can erase more deeply than if it points "inward".

Charles I wonder what it does illustrate. 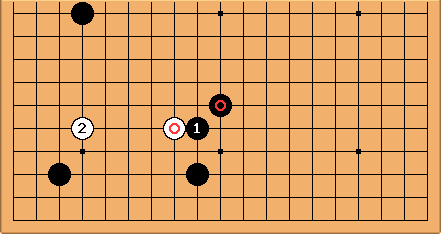 stone is sharp, because Black may feel like answering with

. If so, White can regard that as Black being forced, and play

It seems fairly clear that

is out of position.