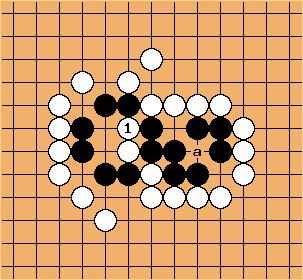 Black can only get one eye out of the 2x2 space, unless Black can make two diagonal moves in there. After

, Black must connect to live and also make an eye at a. 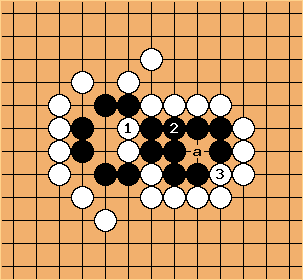 If Black solidifies the eye at a first by playing at

, that group has only two liberties and it's White's turn, so White wins the semeai (capturing race). 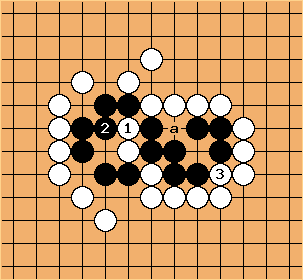 If Black tries to capture first with

, White attacks the eye at

. Black cannot solidify the eye at a because of shortage of liberties, and if Black captures the two white stones, the eye becomes false when White plays at a. 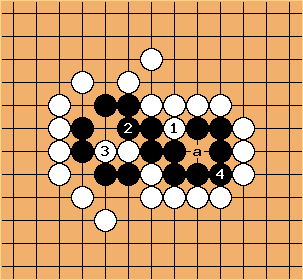 is forced, to prevent Black getting two eyes directly by capturing at

solidifies the eye at a. White needs three moves to capture any black stones while Black needs only one to capture the inside white stones (and remove the aji - lingering aftereffects -, so White doesn't even have a ko threat here).

, Black must sacrifice the three stones in the upper right and form two eyes at