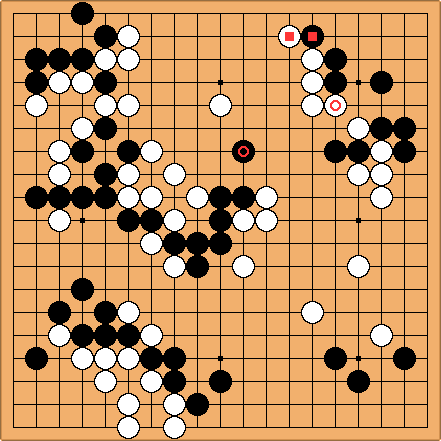 in the game, a difficult position was created. The exchange

on the upper side was good for Black:

was supposed to make the hane-connection here White's sente, but there is great danger now that it will be double sente instead. 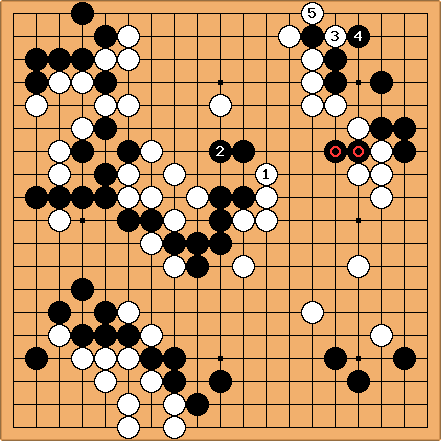 threatens to cut, and prevents Black rescuing the two 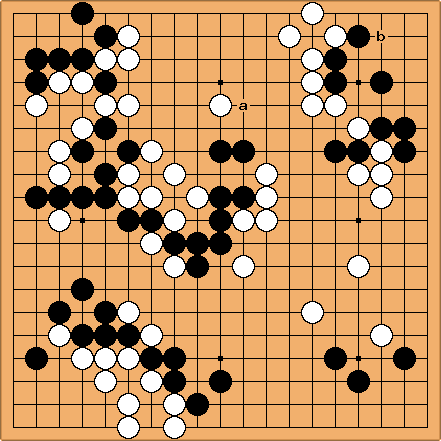 Black at a certainly now has an effect, but White at b is dangerous too. From a mutual damage point of view White should probably accept this. 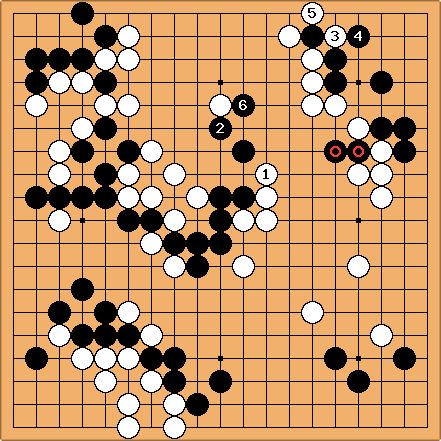 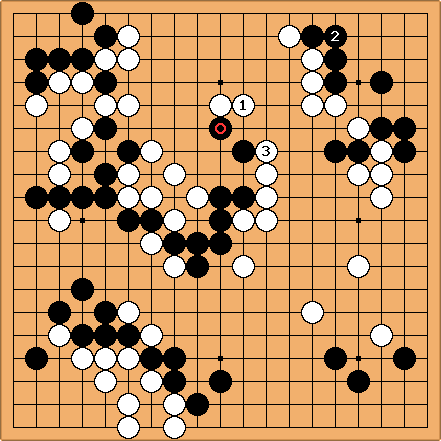 might be better in the way of follow-up - it's not a classic shape. If

immediately can't be right because of

. (Black can't get anything pushing along to the left?) 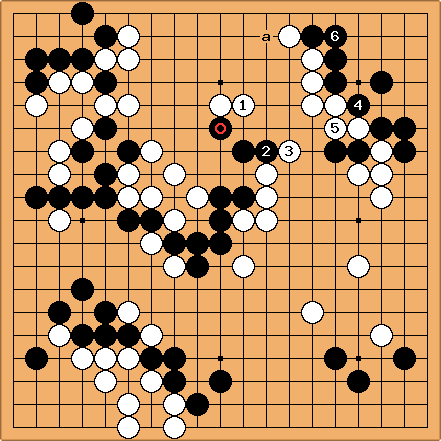 here and now it seems

will be sente because of a. 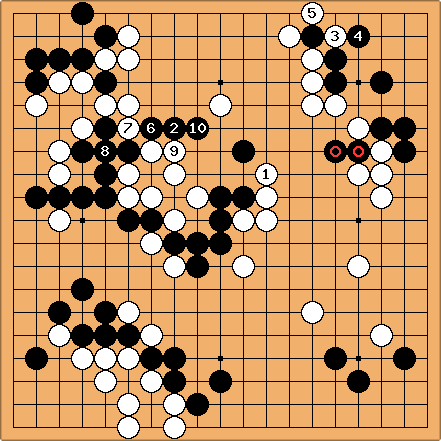 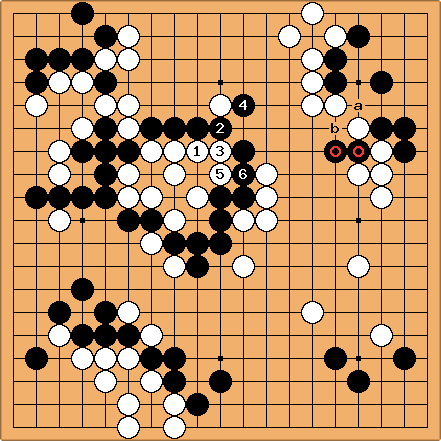 Dave: Can Black play like this? In the upper right he can exchange a for b before all the rest if that is necessary. 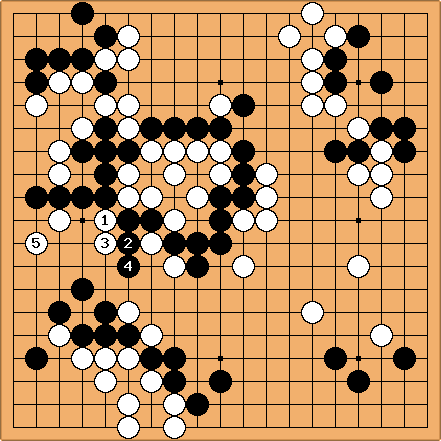 Charles Maybe White is going down in flames anyway in this game. But if this leads to White resigning, it might almost be worth it? 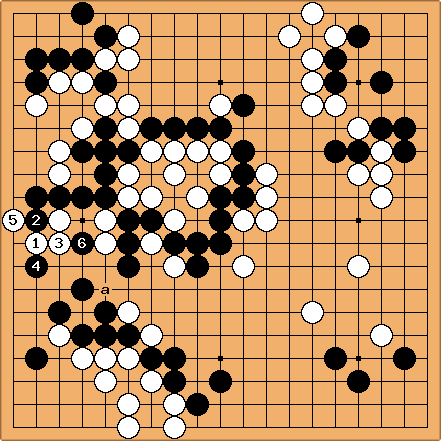 Dave: I think Black must play

? There are a lot of tricky looking variations here, including the aji of White a... 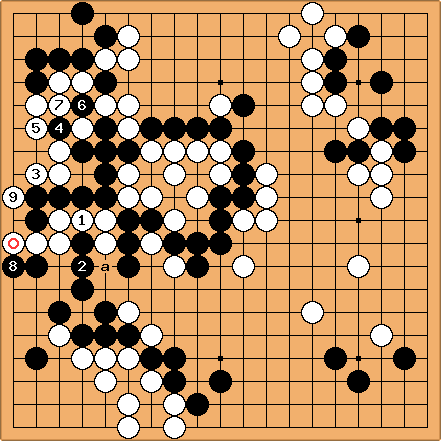 of the previous diagram into

descent, does White make it by a single liberty up to 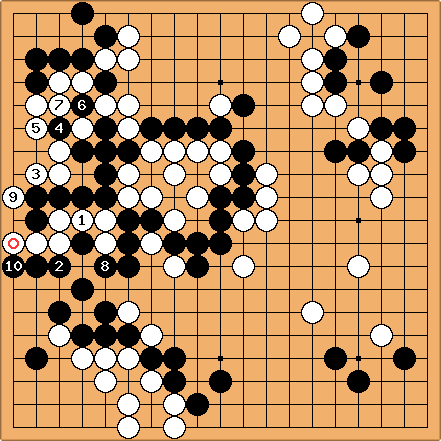 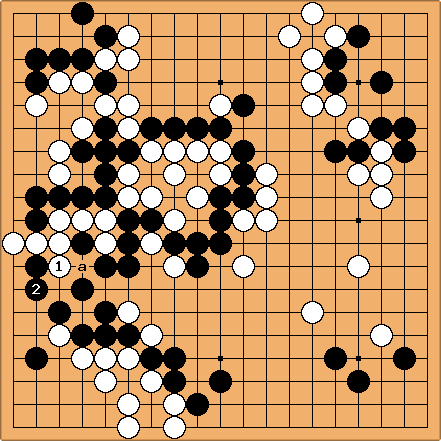 Charles Not sure we ever reach the end of the debate. But with

of the previous diagram replaced by

would revert to the previous kind of capturing race? Anything else and White has two half-eyes? Well, no,

at a I suppose. See next.

Dave: Charles, I cheated you and swapped

in the previous diagram while you were thinking! Sorry about that but you are right about White winning here I think. 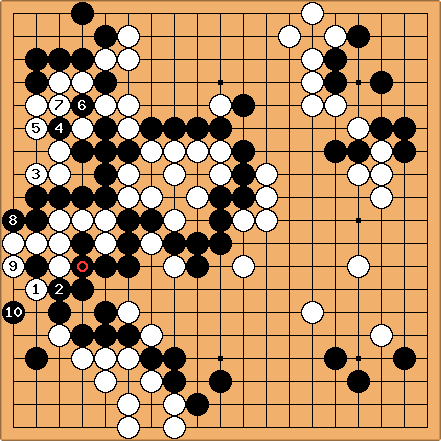 Prepare to be astonished after 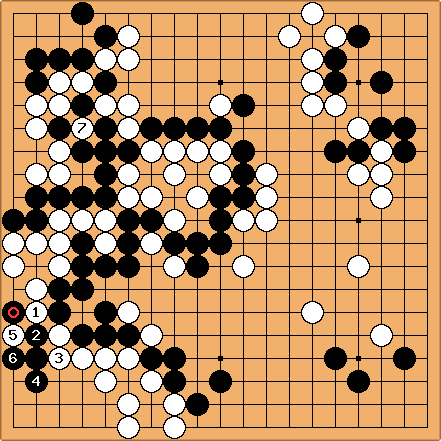 fails too. Actually this may not be quite right either.

Well, the real game may peter out instead of such fireworks. 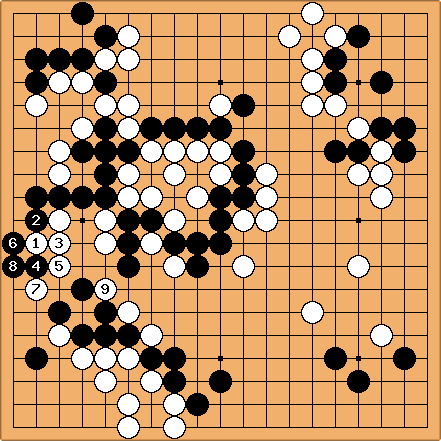 Dave So going back to here if White moves

to here Black has to try

because giving way will lose after

as shown above. But after the exchange of 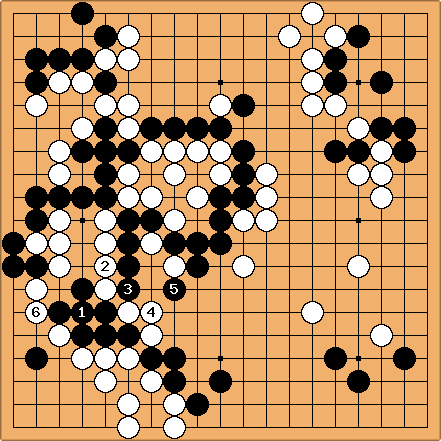 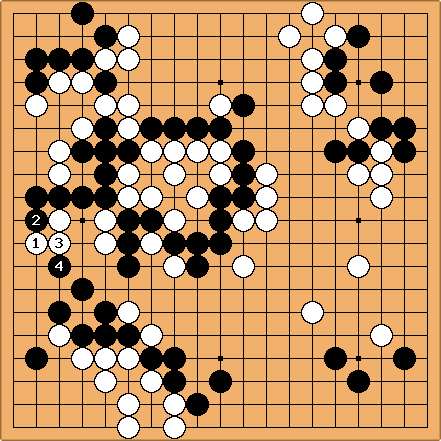