From a recent game that was quite messy, and which I lost badly...

I was playing black, and at that point I didn't know where to play at all. What should be Black's strategy now ?

p.s. I've marked a few plays that come to my mind. (Both Black and White are about 5k.) 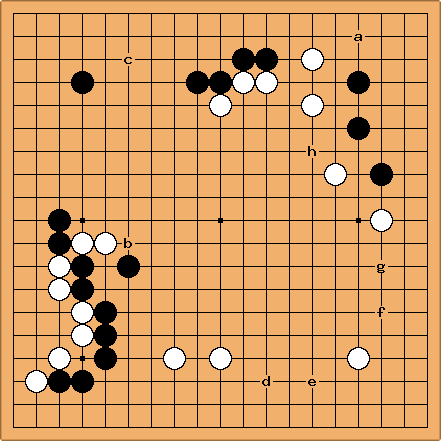 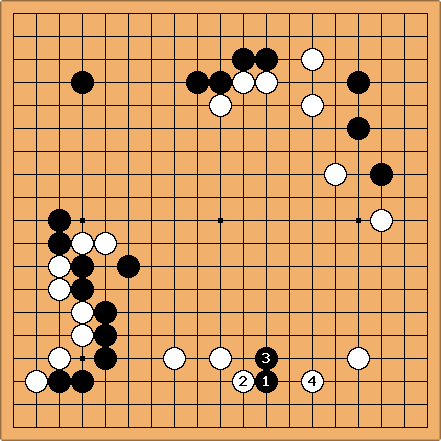 Here is the sequence from the game, which made me feel sad...

Timm: You mean locally, i.e. White won't be able to attack severely enough ? I feel like White's bound to solidify territory on the right, and will stabilize her bottom group without much trouble. 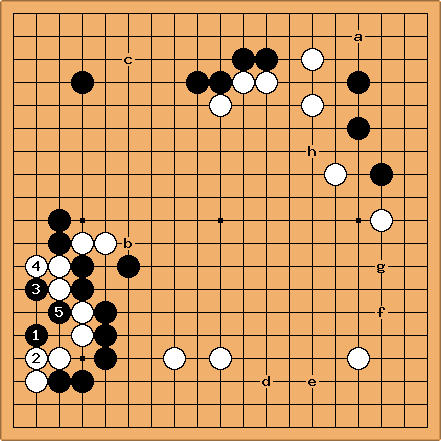 The left side is more important because there is a crosscut of unstable positions. And ... there is a tesuji.

Timm: I can't believe I missed that one. The vital point is so obvious. Yeah sure, better kill the whole left group... 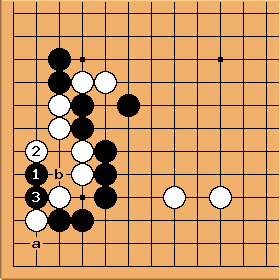 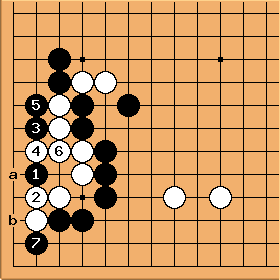 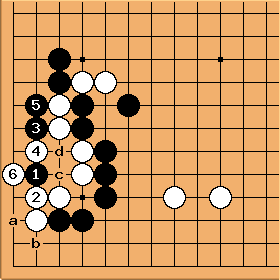 dieter: good catch. Still d will connect in sente and later b is sente again. Still best for B but white lives indeed. 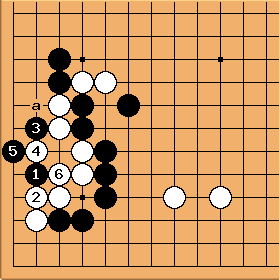 Timm It's still a great result for Black, but Black also has this ko (if not

then Black captures and wins the capture race). Black can end the ko at a if he needs, though at a loss in comparison with var 3. 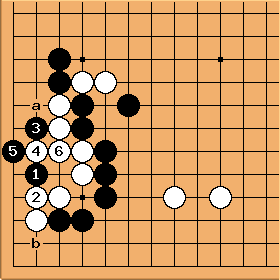 (anon) The thing is that you still need to heed the idea that neither player insists on saving every stone, here. When it's impossible to kill all the White stones in one stroke, this means the value of Black's first play here is smaller.

(Dieter) Of your suggestions I like the large scale cut of h best, but it's hard to time a good target to attack.

Timm: I wonder if it's possible to make preparations for this cut then. 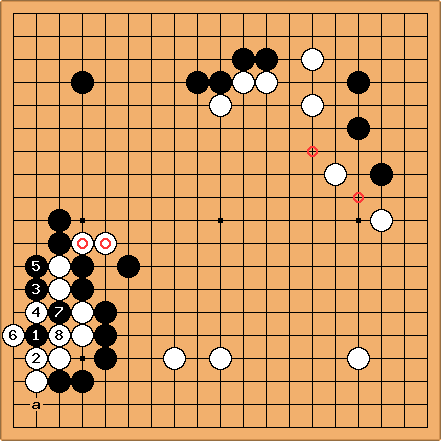 Dieter: White can live with

have become wasted now. Later a is sente too. White's upper right is thin.

The game is not over perhaps but it will be a hard struggle for White to overcome Black's overall thickness.

Timm: Clearly, killing outright is better than being able to enclose on both sides and capture cutting stones in sente, but this is an extremely good result as well.