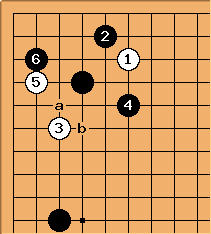 Tapir: I am aware that

is not conventional... but what do you think about

offering an exchange? (From a game I played today. KGS 2dan)

Herman: Since the usual pro play is to exchange a for b before playing

, it would seem professionals do not like to leave white easy access to the corner. That is consistent with 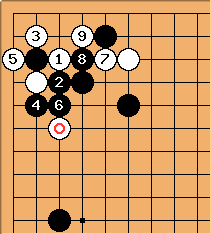 Herman: I would expect this? Doesn't seem too unreasonable, except the initial keima block looks a bit weird, like black is changing plans midstream.

has become kikashi. I think the initial keima block leaves

with more aji than it deserves to have. 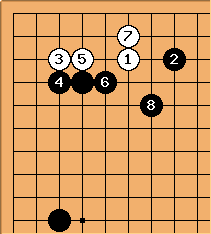 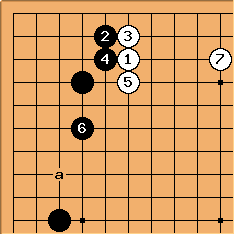 Herman: Not an unreasonable plan. White gets a strong group on the side, black gets corner territory. Later white will probably invade at a.