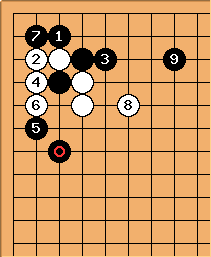 3-4 point, high approach, one-space low pincer, 3-3 attachment presents the above diagram as not joseki. Tapir wonders whether Black can't do better, even if it still isn't joseki by omitting the

exchange, this leaves Black with local plays from a to d later giving more flexibility. Do you agree? 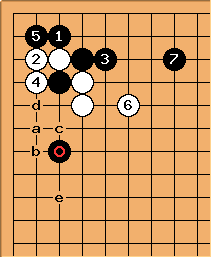 Agree with you that the

exchange in the first diagram could be skipped. Seems that the exchange makes Black heavier rather than stronger. Might be better to extend down the left side of the board. 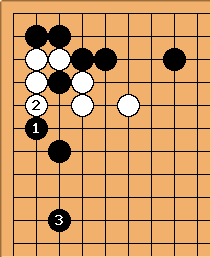 Black appears to gain with

. So White would need to take sente and pincer the two stones, or attach on top. 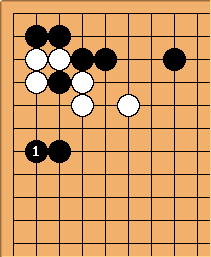 Does this help Black, seems to invite White to pincer. 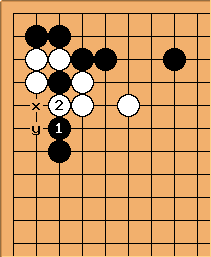 , after which Black x would give White the very good move of y. Black y, would be heavy, White could pincer immediately. 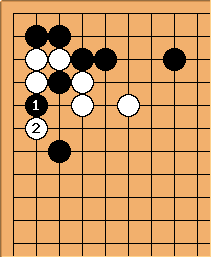 , Black is left without any hopes and White is far stronger than before. Wrapping around in the first line, does not seem to help Black in any significant way.

Tapir: My idea was to not play any of the moves a to d now, but when Black plays a follow up like a pincer at e (second diagram), Black will probably play elsewhere first, but may return later, then when Black jumps out, having some choice about the next local move might be useful. E.g. b when unanswered has a local follow up that either makes an eye for Black or connects to the upper side, d allows Black to play both b and c in sente (to strengthen himself) while forcing White to live. But playing the forcing exchange gives away these options and forces White to make an eye. But maybe these options are not very good after all. 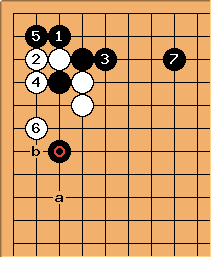 Uberdude I think it is a good exchange immediately. If you don't play it, maybe white won't jump out (8 in original diagram) as this exchange for black's extension at 9 is good for black and white only does it to run away with a weak group. Instead maybe white makes life locally (big bonus not to have a running weak group) and then black still feels like he owes a move to make the extension and white takes sente. So think of the peep as inducing the extension black really wants to play at 9 whilst constraining white to one eye. White's group only having one eye is a big handicap in the future and means white has to be careful about pincering black's original pincer stones as black jumps out and white has 2 weak groups. Also if white does pincer at a later (not actually that likely as it's rather small now) she has the option of connecting at b if the pincer stone gets in trouble, so can pincer and fight harder.

tapir: Ah, emphasis is on limiting to one eye as opposed to White chance to live locally (I was only contemplating what Black may have as follow up - wishful reading). Guess, I learned something. Thanks all.

can be treated as a disposable stone.