Could someone please comment on this fuseki? Above all I would be interested in general principles (e.g. the timing of making a shimari, length of extensions etc). 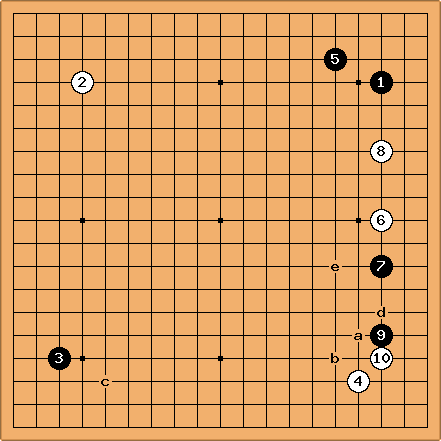 is premature. There is no need to invade this early. Better to make a second shimari at c. (It's possible that White should have played

at c to prevent this.) Once

is on the board I would like to play

at d to deny Black a base. If Black jumps out to e, then White can extend to 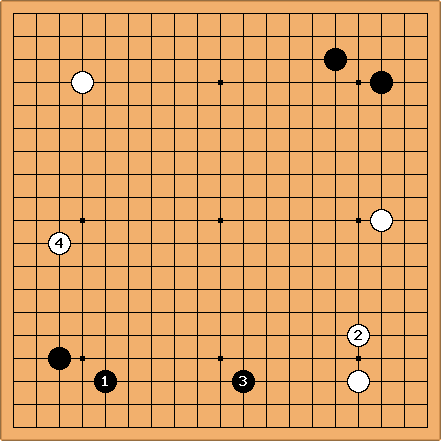 makes a double shimari, but then

is ideal for White.

Maybe it's wrong, but I hate to let my opponent make an ideal play. ;-) 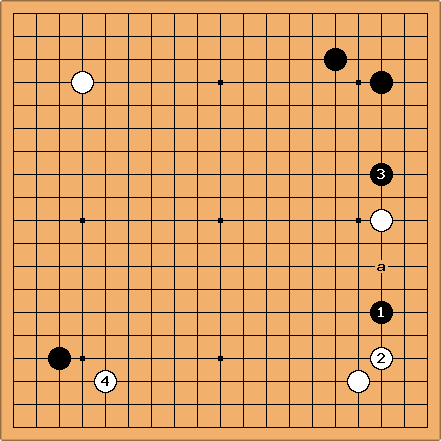 and Black has prevented White's shimari. If

is at a, then Black can be satisfied to have prevented White's ideal position on the right and can play

Dieter: ... and amateur fuseki it is because no whole board matches this fuseki in a gobase search. 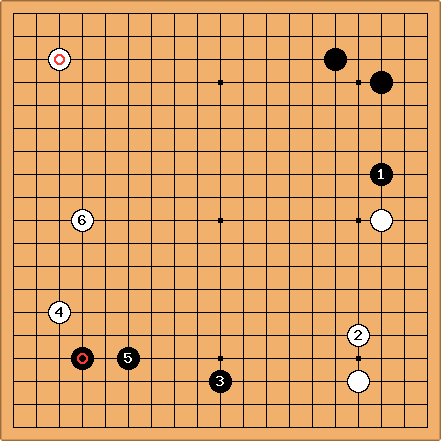 So I did a right half board search and found 4 games, one of which has this composition. Notice that

followed. But there was one almost perfect match of the proposed diagram: 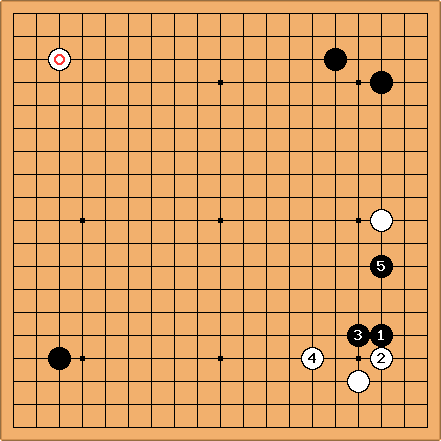 In this game, Black invaded with

. The only difference here is the position of

. Given it is in the opposite corner, a lot can be said for

is at 4-4, I guess. Still, one game is not enough a basis for proving ideas so we better think about it ourselves. 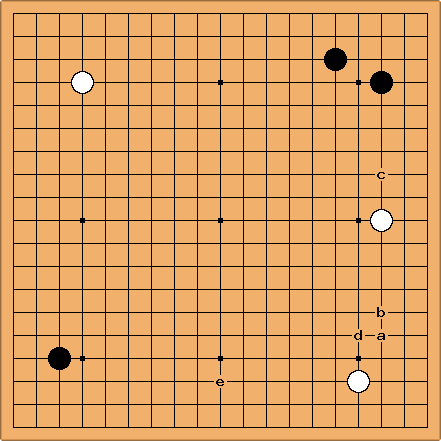 I like a better than b because it is severer against the corner: I don't want b to end up lonely and weak as in Bill's diagram. I like c second best after a, because the continuation as in the first pro game White d, Black e would be better for Black if the left corner stone were at hoshi.

I think the "normal" reponse would now be "a" above but I wanted to experiment a little bit and played "b" - was that bad?

, since the ladder is bad for black? 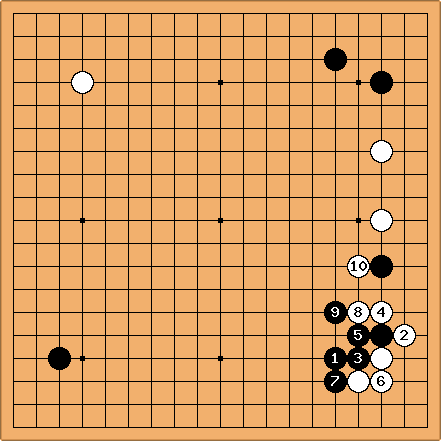 Andrew Grant: Another way to play instead of 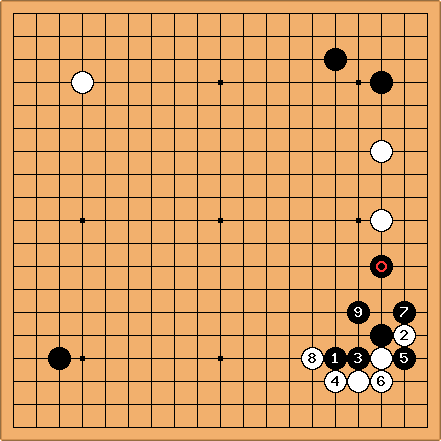 If Black plays the usual joseki he ends up highly overconcentrated because of the marked stone. 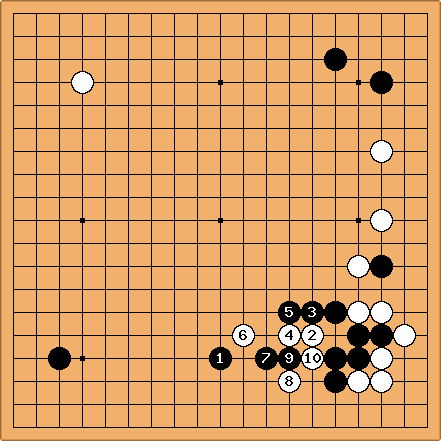 I was quite happy now for black - what do you think?