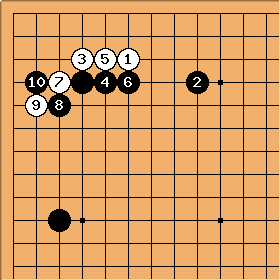 This is taken from a three stone handicap game. I am not sure if the Black player does not know how to play the joseki. 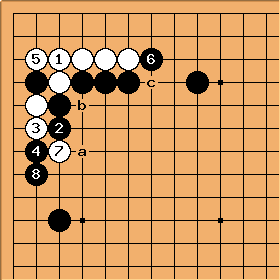 The development of the upper left corner halted temporarily with

, and both players played elsewhere after that.

However, we can see that Black's position is full of bad aji. This includes White starting a fight by pulling out at a, also, the cutting points at b and c are also aji.

For the purposes of aji discussion, it is rather obvious that

leaves behind serious bad aji. It should have been played at c or 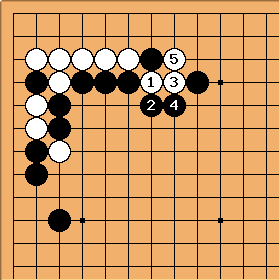 A possible future development might be for White to cut at

, although this never happened in the game. 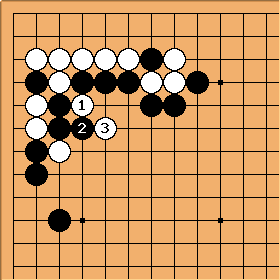 Immediately the aji gets further exposed: White can cause further damage by playing at

. Black will lose a group of three stones due to connect and die or snapback.