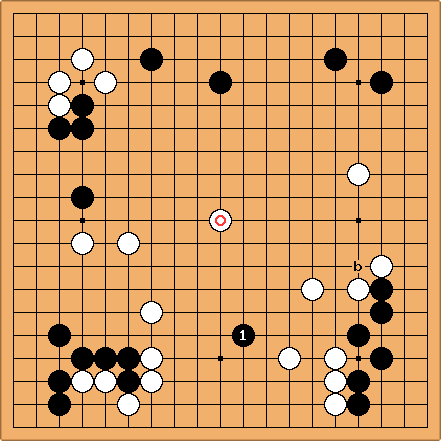 Dave Rob van Zeijst has started to look at this position in The Magic of Go column in the Yomiuri Shimbun (starting in article 325). He says that some pros joked White could connect at b in this position and capture 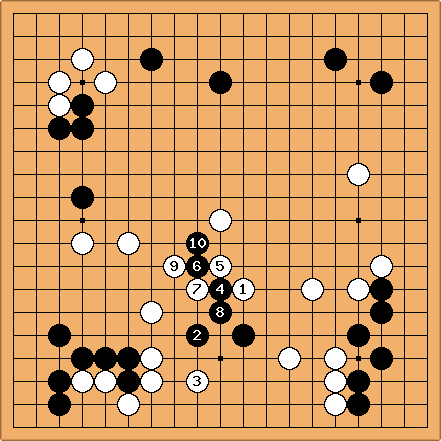 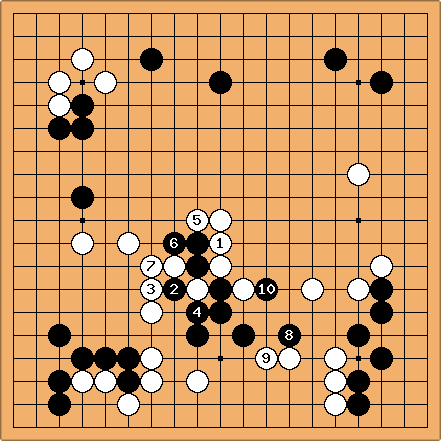 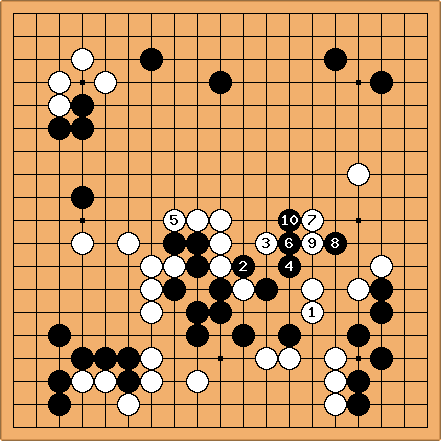 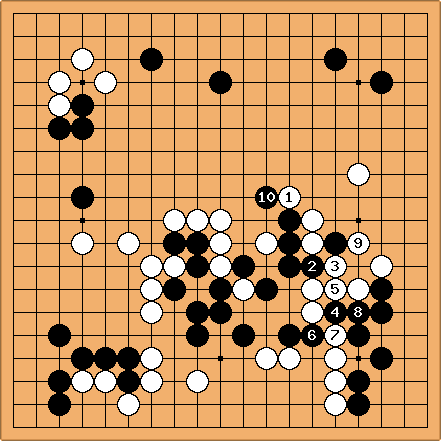 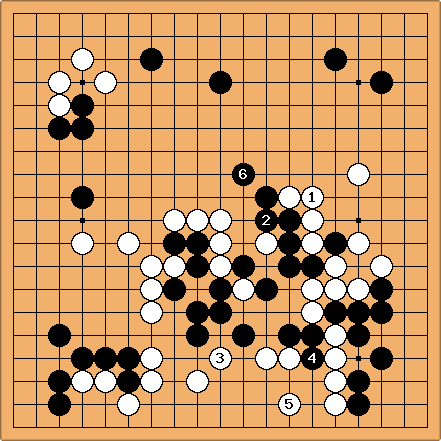 ...Black escaped at last! Anyway, white won this game by resignation, and one of the reasons maybe from invading in the first place. I cheer for Cho U. Badly he loses. :(

I would love to see discussions, so have a say. :)

Alex: If I saw

(in the first diagram) in an amateur game, I would call it unreasonable. The difference in a pro game, of course, is that Cho would have read several possible continuations out and decided that he could, in fact, escape. Moreover, he would have read out that there was some way of living or escaping before he let White establish such a large moyo in the first place. An amateur player could not read this far, so for him, this move would be one of the "play and pray" variety.

The fact that Cho still lost by resign after escaping suggests that he might not have fully appreciated the cost involved with saving his invasion.

Ordinarily, I like Cho's style, but I would classify this as a "don't try this at home" move. Amateurs would do better to study professionals' calmest moves, rather than their most aggressive. Aggression is something most amateurs have in spades already.

George Caplan I certainly agree, all things being equal, do not try this at home. However, I am not sure we can conclude that the move was miscalculation because he lived and lost. Cho may have felt the game was unfavorable, and no more reasonable move could change that. So he launched a deep and complicated invasion in hope of staging an upset. It may have been the best move in that sense, but his opponent handled it well.

Bob McGuigan: Here is a quote from the Nihon Ki-in web page concerning this game and Cho's invasion.

" ... Cho started a fierce fight when he plunged deep into Takao's moyo with his 43rd move. This invasion took everyone - his opponent and the pros following the game on the spot - by surprise, but Cho felt he had no choice, as he was behind. In the ensuing fight, which reached a pause with Black 89, Cho cleverly extricated his group while denying Takao the chance to set up a double attack. That gave him the lead."

This suggests that Cho's loss is not considered to be due to the invasion.

zinger: When I originally looked at this game, and again now, I find white 46 (

in the second diagram) almost as surprising as black 43. Apparently, there are subtle reasons why white cannot play from the outside, perhaps with

. Presumably Cho foresaw the aji that would force white to play underneath.