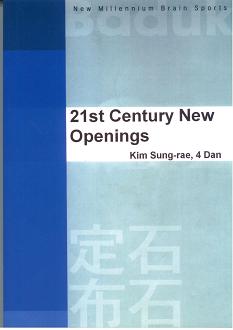 21st Century New Openings by Kim Sung-rae and published by Yutopian in June 2008 as PAY45.

Originally, Kim planned to write 3 volumes for Korean Style of Baduk, but now he plans to write a book every 3 years to provide the latest information on joseki and fuseki. Subsequent volumes of 21st Century New Openings are planned to be published simultaneously in Korea and USA. 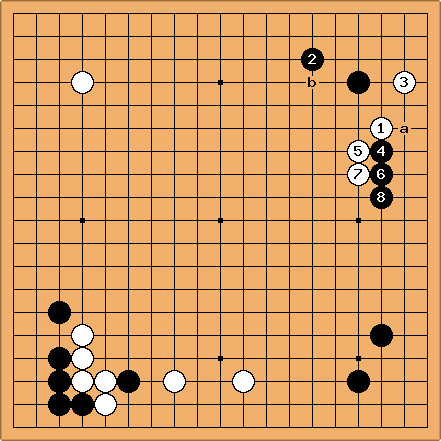 has been played a lot recently. When White plays

, the normal answer for Black is a. However, if Black has stones in the lower right corner,

can also be at b. The diagram above is followed by fifteen diagrams with notes and six example games.