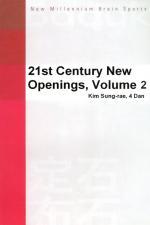 Originally Kim Sungrae planned to write one Fuseki book every 3 years, but due to a great deal of new developments since the first book he decided to publish the 2nd one earlier than planned. The book covers new developments of the Mini Chinese Fuseki, deepens the analysis of some moves found in the first book like the 3-space low pincer and also introduces interesting new plays, like the 4-space low "pincer". 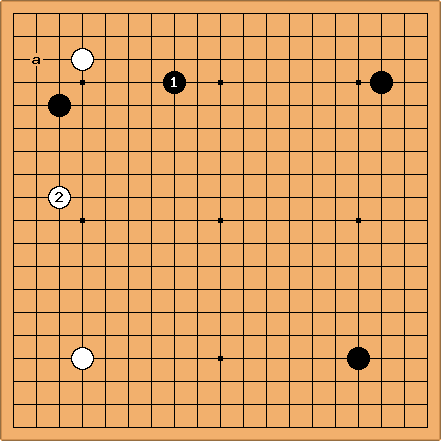 The aims of the broad counter pincer of

are to occupy the upper side and to settle the upper left Black stones, depending upon White's response. In the beginning it looks easy; however there are many unexpected variations. Playing at a instead of

is also going to be considered. This diagram is followed by 51 diagrams and 9 sample games illustrating this opening.