This also works with the 9x9 corner game. 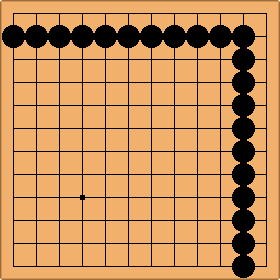 PurpleHaze: I know this one 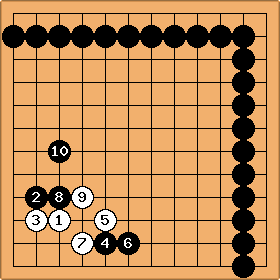 in this diagram (which seems to be bad). He offers the correct move: 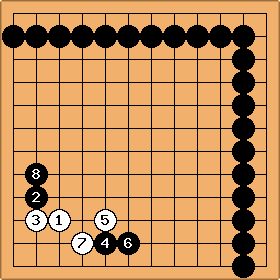 Instead, he shows the following three diagrams as the correct solution: 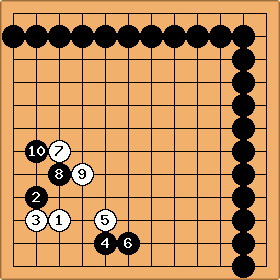 7 happens to be the tesuji after black 6. 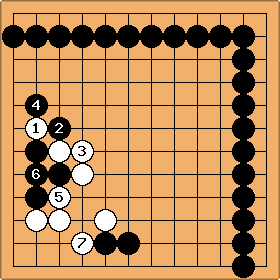 So white needs these few moves before playing 7 (move 7 in Perfect play? - part 1) 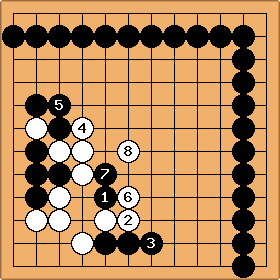 And 1 and 7 are captured for a second eye. 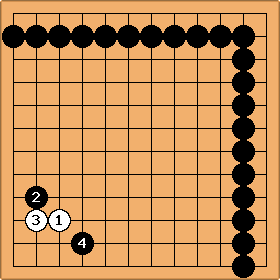 Klaus: how about this?

dimas: In November 1995 Kido, Abe Yoshiteru 9 dan shows the following (simple?) continuation from this diagram (where 1, 3 and 5 are nice tesujis): 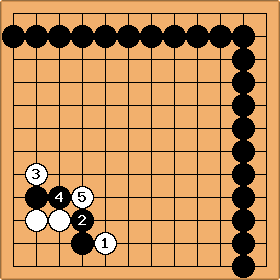 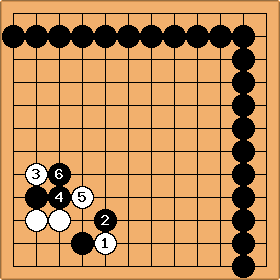 PurpleHaze: A long time ago (when I was 3 kyu) a visiting dan player won a couple of beers from me by wagering that I could not live as white. Like many I assumed that the san-san was always alive, but he convinced me it was dead. Both this

and the other one seemed to kill, however the other was much simpler giving white fewer practical chances.

This was very profitable for me. Over the course of the next couple of years I won many a beer from low dan players who thought that the san-san could not be killed. Then one day a pro wandered by said "Oh, that position, white lives" and gave the line I've recorded here. By that time I'd stopped playing go or I would have found all the players I'd won beers from and offered to play white.

I suspect that this is a known "hustle". That on street corners all over Asia there are players who will offer to wager on this.

So, I don't know the line for white in response to this move, but I suspect that it is easier than the line against the other. 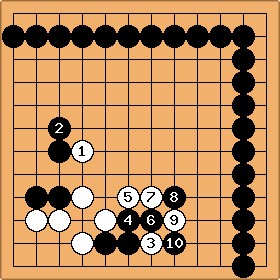 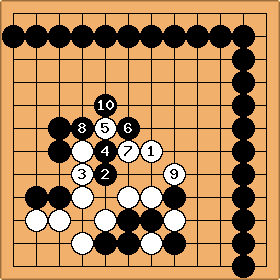 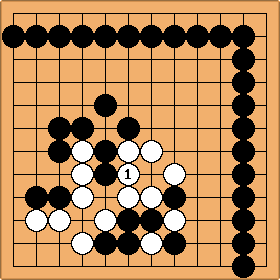 dimas: When a get some time, I will try to offer a whole translation of Abe Yoshiteru article. Maybe some Japanese speaking person might like to do it...

Note: Abe Yoshiteru works on a 9x9 area, not 10x10. I am assuming the variations still are good on this bigger area.