The channel focuses on weiqi.

It's difficult to ascertain the status of this channel in 2021. The linked pages still exist, but the copyright they cite is of 1996--2006, and the latest year unambiguously mentioned is 2007. Without Chinese proficiency, I (bugcat) can't venture further comments, except that my suspicion is that the channel was, if not a failure, probably not much of a success. There is also a possibility, though, that the site was moved and old pages just not deleted.

I visited the studio and the office first time in Sept/Oct. 2006 (tderz).
Yitanchunqiu will become a nation wide pay TV channel and has set the objective to become the best Weiqi channel.
The quality (of what I could see as only occasional observer) is very high (in comparison to the other WeiQi-TV programs available on Chinas 50-60 channels).[1]
At present it is free of charge.[2]

Some of the staff: 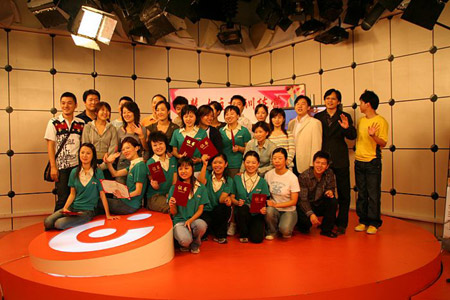