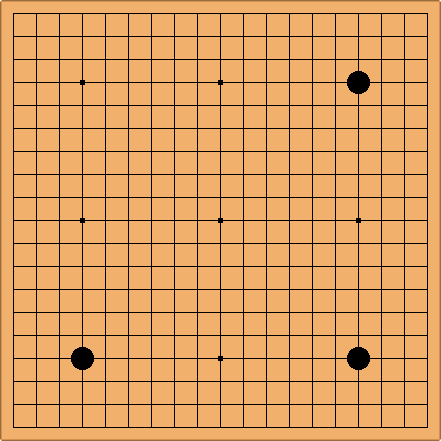 Tas: Have anyone got an explanation of why the handicap stones in a three handicap game are place as they are... 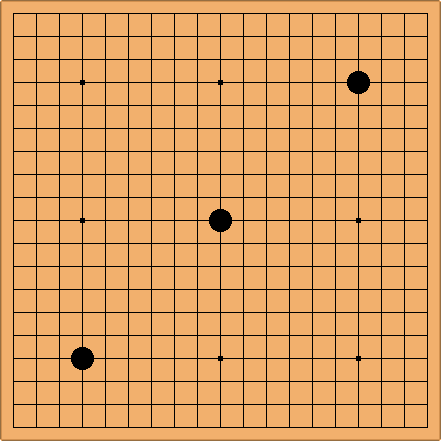 ... and not symetrically like this? Five and seven uses tengen, why not three?

In actual fact both conventions exist. The latter was used in China, as can be seen in Guo Bailing's (c. 1587 - c. 1662) book on three-stone handicapped games, Sanzi Pu (English translation title Three-Stone Games). There the tengen stone plays an important role in the hundreds of variations shown. However the former seems to be the convention in other countries. The reason for the difference is unclear. It may be because it was felt that beginners should prefer to develop from the corners first, or that encouraging fighting by placing tengen was not in their best interests.