Value of an Invasion

How much is an invasion worth? (Is an erasure better?) In the opening and middle game it is hard to say with much accuracy. In the endgame it is easier to be precise.

There is more than one way to think about the value of an invasion. Here I (Bill Spight) offer a couple of endgame examples of the traditional way of thinking about it. (By offering endgame examples I do not mean to restrict discussion to the endgame. It's just easier for illustration purposes.) 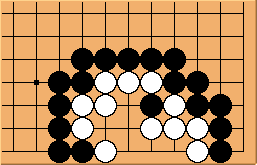 If White protects, he gets 7 points of territory. 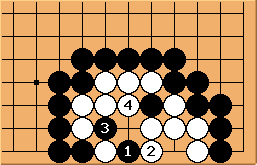 Black can invade with sente, leaving White with only 2 net points of territory.

(Under rare conditions White can make and win a ko, OC.)

At first that seems like a silly question. It's a 5 point play and takes away 5 points of White territory. Right?

The traditional thinking, though, is that sente gains nothing (on average). Of course, by playing his sente Black prevents White from playing her reverse sente. However, Black's threat to kill is huge (15 points miai). At almost any point in the game before the middle yose White cannot afford to prevent Black from invading with sente. (Even if White has some huge ko threats Black can usually start the ko early enough that White cannot afford to win it before running out of ko threats.) We say that Black owns the sente. It is his privilege to play it.

Given that, the traditional way of thinking about this position (before Black or White has played) is to say that it is worth only 2 points for White, not 7. After Black's sente, it is still worth 2 points for White. So Black's invasion has gained no points (on average). 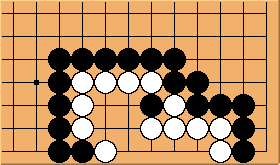 With a couple of changes we get this example, which is gote. 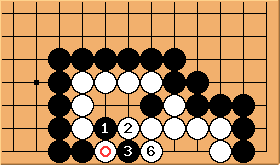 If White plays first he gets 9 points of territory.

The net result is 3 points for White.

We consider the original position to be worth 6 points for White. Black's invasion gains 3 points.

The same kind of thinking applies earlier in the game. Moyo is not territory. A successful invasion may earn less than it appears. That's something that is important to consider when thinking about invasion vs. erasure.

Of course, a big difference between these invasions and invasions earlier in the game is that the defender made no outside influence as a result of the invasion. Assessing influence is an important and difficult part of evaluating invasions in the opening and midgame.