tderz: What could happen in these 2 positions? 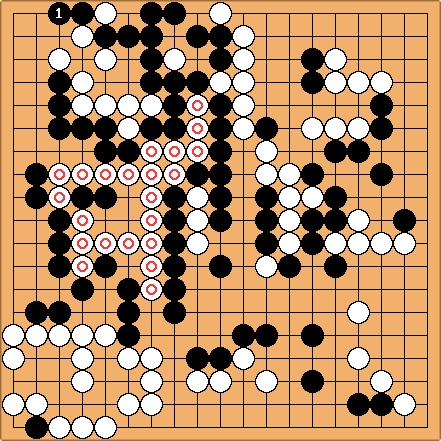 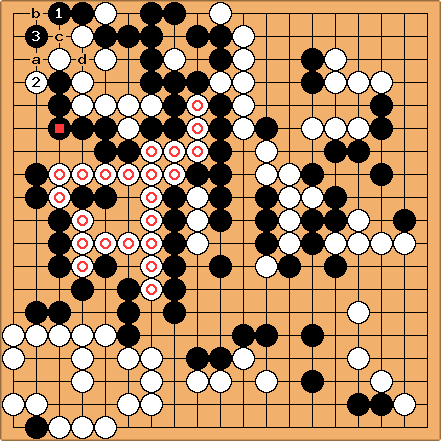 Ed?: White seems beyond reasonable hope. 2 and 3 or 'a' and 'b' seem to be miai. White can probably dig up an unreasonable approach ko.

at b, it reverts to some variations below, if black cuts at

at a would allow white to live in a favourable ko.

When I gave my friend a comment on the position at game move 173 (some moves earlier) - I asked him what the possible outcomes could be theoretically, but without calculating, just at a glance.

Especially cases iii) and iv) have to be avoided.
In the game, not this position, Black has many more liberties (ok, that's calculating now), so any approach ko with 3 or more necessary moves is usually considered worth very little.

eye (W dead) is tempting, but white will resist with ko: 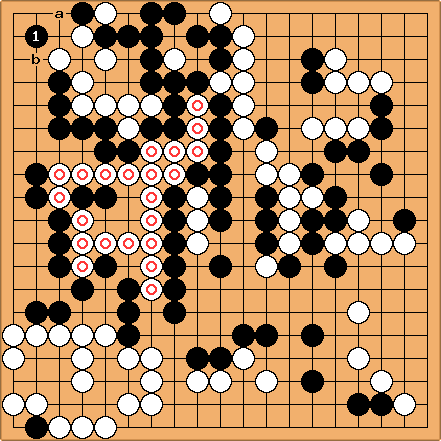 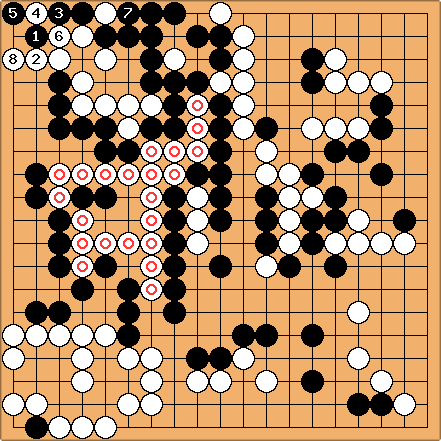 tderz: I wanted to see espec. 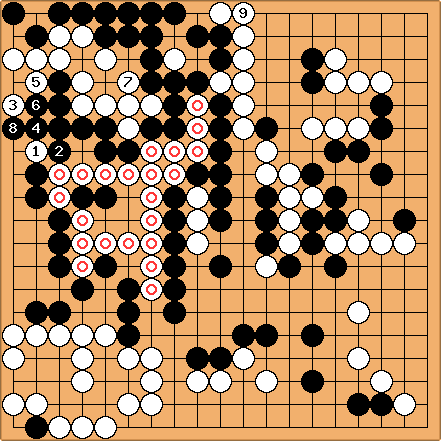 with miai of eyes

is equivalent.
This is the local seki -> center group dead -> huge win. (in the game) 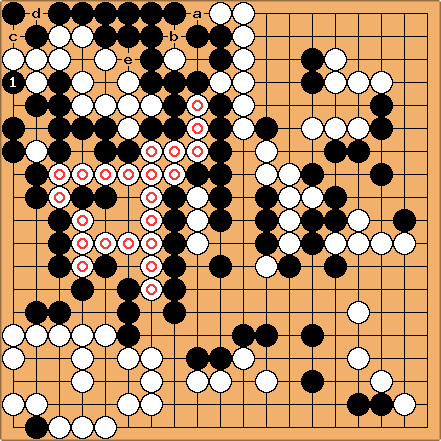 tderz: What if black does not play

I have the feeling that black cannot improve his position now, by playing

(he cannot approach either) - a ko should be taken last.
White can use 3 moves to approach at a, e and b, Black had to take the the direct ko at

- and keep it that way (very dangerous).
Perhaps black could play

after the approach move a only.

But the position is clearly won if Black gives White no chance to make the ko real. So perhaps

Just lost a tournament game involving a 2-3-stage ko which I did not take serious (but my game losing oversight was somewhere else).