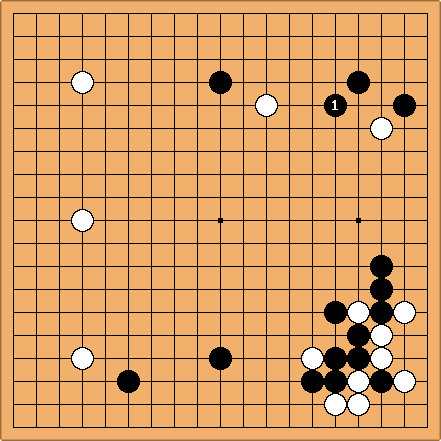 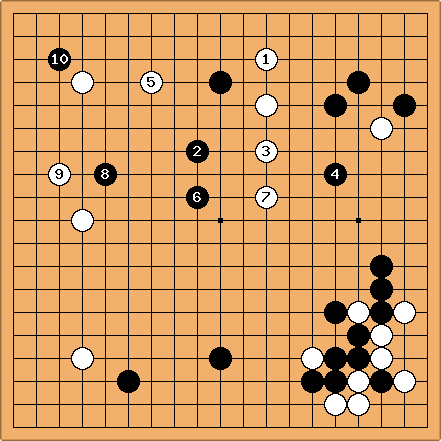 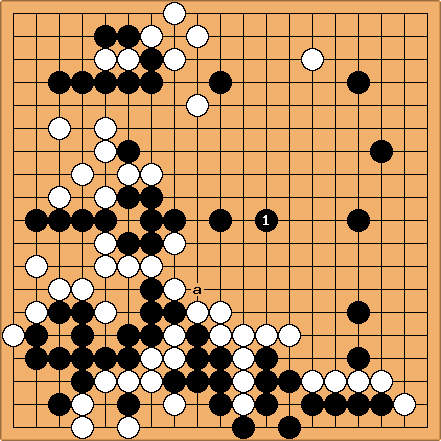 This is the last play in a game between Segoe and Fujisawa Hideyuki, taking 9 stones. After making shinogi with the Black stones on the left side and a brief exchange on the top, six-year-old Fujisawa made the thick play of 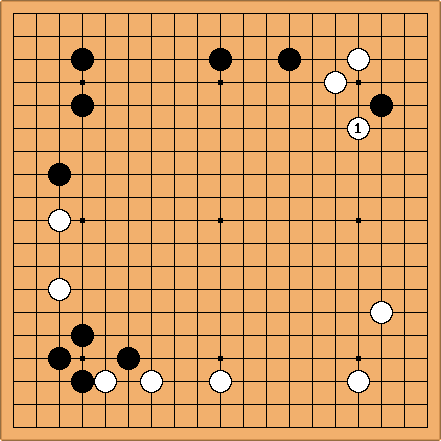 This example comes from a game between Shusaku (White) and Hayashi Yubi in 1860, analyzed in an insert in the November, 1978 issue of 囲碁新潮 (Igo Shincho) by Miyamoto Naoki 9-dan. 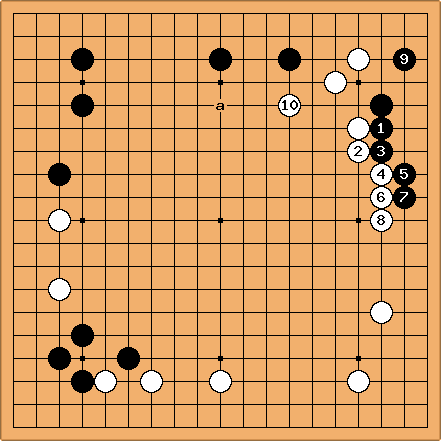 If White had played the pincer at

instead, White would have become thin overall. 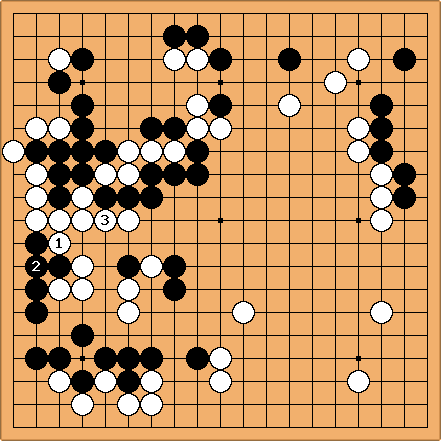 Later in the same game,