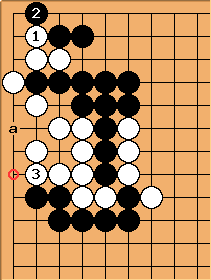 zinger: Ok, here's my try. Black can kill white's group with a, so white needs to live. Playing at a works, but does nothing else.

also lives, and is a point or two better. But

is even better, as it threatens to make a second eye by descending to

. Perhaps this is an example of force before defending.

also works. I think it's the same point wise. 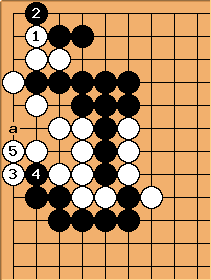 here is inferior, because

is sente (threatening a), and forcing

. White loses one point this way. 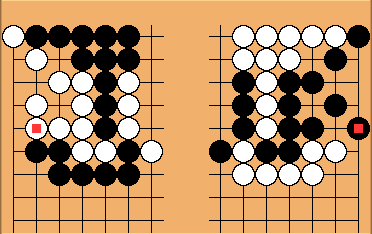 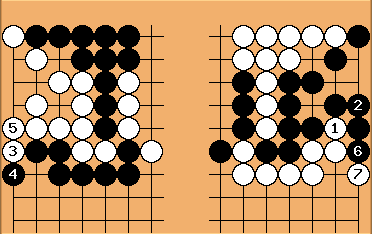 White wins by a point when he starts first. 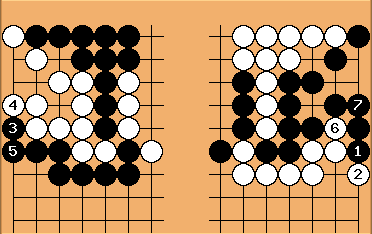 Black wins by a point when he starts first.

So whether white should play

in the original diagram depends on the rest of the board.

unkx80: Yes, you are right... meaning that I am speaking nonsense once again.